This is about our successful role in Alabama Senate Elections, we are one of the million others who have worked to preserve decency and democracy and women’s dignity in the United States of America.  In this report, we have also included highlights from our role in the Presidential elections since 2008. 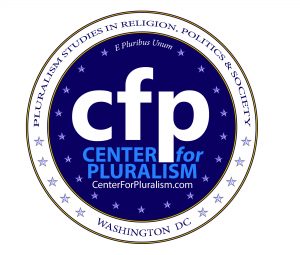 A few of the many pieces on Political Pluralism are listed here under;

Appeal to the Alabamians
Alabamians, you can set the course of our nation in the right direction – https://www.huffingtonpost.com/entry/alabamians-you-can-set-the-course-of-our-nation-in_us_5a300110e4b0bad787127052

Appeal to Hillary Clinton
Perhaps we were the first organization to identify the issue with Hillary. We asked her to make a last ditch effort to be inclusive 2 days before the election and twice before. The same thoughts were expressed by Peggy Noonan a week after the elections and she won the Pulitzer Prize for the same idea.   https://www.huffingtonpost.com/entry/hillarys-last-ditch-effort-the-final-speech_us_581f90f8e4b0102262411963

Appeal to Donald Trump
A letter was delivered to him by Mike Pence and Matt Schalpp – and he listened to our call several videos are available on YouTube.   https://centerforpluralism.com/cfp-delivers-the-letter-to-president-trump/

Evil Senate Majority
Any time we have a Majority in the senate and the house in the hands of the same party including the president, it produces evil. Take a look.
https://www.huffingtonpost.com/entry/evil-senate-majority-will-bring-more-evil-to-america_us_589aaa48e4b0985224db5bea

Republican No more
This is my personal story of why I chose to be an independent and free individual.
http://centerforamericanpolitics.blogspot.com/2014/10/republican-no-more-i-have-gone.html

Nasty calls on Anti-Semitism article.
While Rabbis, Imams and sensitive leaders have appreciated it , I have also received a ton of hate calls from the right leaning Muslims, Jews, Christians and Hindus.
https://www.huffingtonpost.com/entry/anti-semitism-is-augmented-by-netanyahu-and-trump-jerusalem_us_5a2a6ea9e4b0d7c3f26221b6

How to conduct Civil Dialogue

While Humans dialogue to resolve their conflicts, animals fight it out. You know why, the tongue offers that ability in humans to dialogue where as horns, fangs and paws are given to the animals to fight it out. We can choose to remain in the animal form or resort to what we are made for; Dialogue. What do Prophet Muhammad, Rabbi Gordis and Quran say about How to conduct a Civil Dialogue:

I will be brief, a few of the 300 articles reflecting Political Pluralism are listed below, While we have published a total of 1700 articles on Political, religious, social and cultural pluralism of which 250 are at Dallas Morning News and 175 at Huffington Post and the rest were published in 300 some newspapers around the world. 325 appearances on national TV including 130 at Fox News, 700 hours of Radio Talk shows.  Of course, we have published another 1800 articles on Islam and Pluralism in Islam. Our work is carried thru our affiliates Center for American Politics, World Muslim Congress and others.

Over 125 articles have been written about President Obama, and he is one of the genuine pluralists alive in the world today along with Pope Frances, Justin Trudeau, Aga Khan, Amratya Sen, Hamid Ansari, Dali Lama, and a few others I am studying.  We intend to put their profiles together i.e., Pluralist is someone who respects the otherness of others.

The above work represents our work in Political Pluralism, check out our work on Religious, social and cultural pluralism at the website.

Congratulations to Doug Jones for the victory, it is the victory for women’s dignity, victory for common sense and a referendum against uncontrolled mouths and loose characters.

I was however disappointed that Doug Jones failed to acknowledge Muslims, Hindus, Sikhs and other religious minorities.  He won by 22,000 votes and they could have been due to vigorous minority participation. I will find out when the statistics are available. Muslims and friends from different faiths are indeed relevant and we will identify such constituencies in 2018 elections and support the “inclusive” candidates provided we get the funding . Next time around, we will make sure due acknowledgements are given.

Please visit the center for pluralism, we are about bringing Americans together on political, religious, social and cultural planes – we have over 20 annual programs to make this effective.

12 RELIGIONS CELEBRATIONS AT JEFFERSON MEMORIAL – This is one of our 6 programs on Religious pluralism.

The Center is committed to reassure each other, including the disconnected ones among the White Americans, that together as Americans, we are committed to safeguarding the American way of life. No American needs to worry about losing his or her way of life. As Americans we uphold, protect, defend and celebrate the values enshrined in our Constitution.

We will continue to bring non-stop actions in practicing pluralism in religion, politics, society and culture and be a catalyst for a safe and a secure America for each one of us.

We have big plans for the 2018 elections as a part of our work on Political Pluralism; we need committed people to work with us with their wisdom, wealth and work.

Please feel free to donate wholeheartedly: https://centerforpluralism.com/donate/
without funding we cannot do any work; let your donation produce results. We are doers.