Thursday, February 23, 2017, National Harbor, Washington, DC — Two days ago, the following letter (below) was drafted and was to be given to President Trump. Today at the C-PAC convention at the Gaylord Resorts, my determination was firm. I wasn’t sure what would happen next. I knew, however, that I would have no regrets for at least trying my best.

My friend, Jack Pagano, was resourceful in identifying the movers and shakers of the Conservative Union and, quite literally, we chased them to give them the letter. Things happened so fast, that we could not even take pictures. I am grateful to Jack for taking at least a few pictures. I will post some of the pictures later. 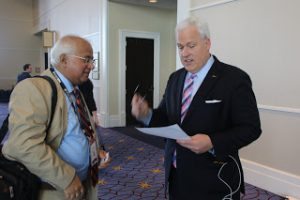 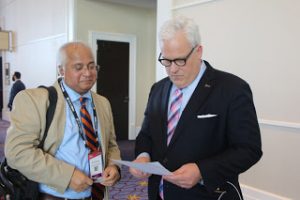 We caught up with Matt Schlapp, Chairman of the Conservative Union, who put the whole C-PAC program together. He is a very gracious man. He actually took the time to stop and read the letter, word by word, and one paragraph – twice.  He said he believed in a Cohesive America and that the President needs to read this letter. He said he would give the letter to the President tomorrow.

VP Pence finished his thunderous speech around 9 PM, and as he and his security men walked out of the back door, I handed the letter to him and I asked him to read it. He folded it and said that he would read it later. 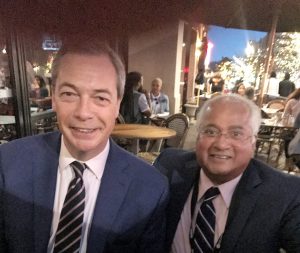 Nigel Farage from Brexit was next, he read the letter then placed it in his coat pocket and said he agreed with it and that he was going to talk with President Trump.

Tom McDevitt, Chairman of the Washington Times also read it, and asked me to give a copy to another gentleman who is a mover and shaker. He also liked the letter. A “positive turn of events” resulted in my being able to meet him tomorrow.

Next, I reached one of the gentleman who was with Steve Bannon and Reince Priebus and he said he will pass the letters on to them.  In addition, the letter was shared with a few more individuals.

I am so disappointed that I did not go on Wednesday night. My buddy, Sean Hannity, was there. He would have put me on the stage and my voice may have had even more of an impact.  Thanks to Hannity having me on his show over 100 times, almost everyone I met there knew me; including the man who ran against Paul Ryan!

Engaging with people whom you perceive to be opposed to you is the right thing to do. It will gradually dissolve your own prejudices against others and vice-versa.  If you have not read“1 of 4” of my series of notes called “Positive Engagement with the Polarized,” I will resend them. It is a series of video discussions from Fox News as well as other channels.

We the people of many faiths and no faith, Christians, Jews, Muslims, LGBT Communities, Sikhs, Hindus, Buddhists, Bahai’s, Jains, Native Americans, Pagans, Immigrants and fellow Americans are asking you to consider the following words or something to this effect in your next speech.

“Fellow Americans, you chose me to be your President, and now I ask you to help me do the right thing for the good of all Americans. Listen carefully; stop those people who are making bomb threats against fellow Americans, particularly against the Jewish Community Centers which is not acceptable. We will hunt them down and punish them accordingly.

Stop them from harassment of Jews, Muslims, Sikhs, Immigrants, African Americans or any American for that matter. The actions of those few misguided people are making me look bad and are a bad reflection on my administration. Stop them! I want an America where no one has to live in apprehension.

I will not tolerate any one ruining our country, neither should you! I appeal to you to stop them now; I will not accept my supporters doing hateful acts that malign me as your president.

I want an America where no one has to live in apprehension or fear of the other.”
Standing up for Jews:  http://standingupforothers.blogspot.com/2012/02/standing-up-with-jews.html

THE LETTER WAS DELIVERED 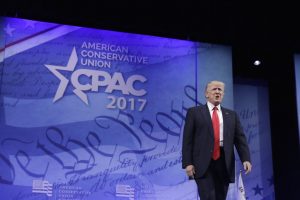 Matt Schlapp told me that he had passed on the letter (To Trump) and said that he read it twice and liked the message!   Video –  https://www.youtube.com/watch?v=hZX2mr7k6fI&feature=youtu.be

Dr. Mike Ghouse is President and Executive Director of the Center for Pluralism committed to building a cohesive America where no American has to live in tension, apprehension or fear of the other. He is a pluralist, thinker, writer, activist, motivational speaker and a news maker. He offers pluralistic solutions on issues of the day. More about him in 65 links at www.MikeGhouse.net