Did you know, that the Muslim participation in the United States began at the birth of our nation?

CFP is one of the organizations that has produced an unbelievable number of articles on July 4th and integration.  We need your help, please participate and support what we do. We need to start thinking and acting as one people. CFP is not a Muslim organization, it is an organization for all Americans. If others around don’t feel safe, we don’t either. It behooves for us to get out of the shell and be a part of the society.

Thanks to Dr. Frank Islam and great thanks to Farooq Wazir Ali for their support in celebrating July 4th last year at Farragut Park in Washington, DC. Thanks to Dr. Khawaja Nauman Anwar, Dr. Basheer Ahmed, Victor Beg, Dr. Ishrat Hussain,  and a few other friends for financially supporting some of our events.  We missed public celebration this year but will resume it next year.

Muslims ought to be proud of their contribution to America from the very beginning, but certainly on July 4th, 1776, we have a record. I have included a video speech (below) as well. One of the old oped at https://www.huffingtonpost.com/mike-ghouse/muslims-and-july-4th-cele_b_886642.html  and the current one at https://centerforpluralism.com/happy-july-4th-muslim-contributions-to-america/

Americans Together on July 4th –  the National Integration Day! 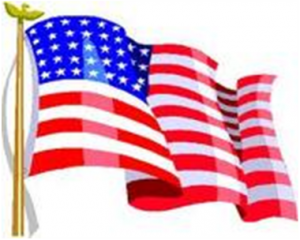 Washington, D.C., Jun 30, 2017 – The Center for Pluralism and its Board of Directors have every reason to be jubilant.  Each successive year, they see the vision of the Founding Fathers coming to life, where every American is treated with dignity and respect.

Mike Ghouse, President of the Center said, “We are not a perfect union yet, but a perfect union we will be, as we can continue our efforts to be an inclusive society. The Fourth of July should not simply come and go; we must make it a remarkable day. It should be a great happening to augment National Integration, where Americans of all faiths, or no faith, races, ethnicities, nationalities, political, sexual and other orientations come together to celebrate the oneness of our nation.”

This year the Muslim contributions to America are highlighted.  Each one of the Board Members is excited. Dr. Karen Hollie-Thibodeuax, Fatima Argun, Sam Madden, Dana Lankford-Russell and the supporting team members OS Modgil and Ali Azhar Fateh have provided extensive support.  The encouragement and long-term support for Pluralism came from Ambassador Sada Cumber, Mr. Farooq Wazir Ali and Professor Emeritus Dr. Harbans Lal who are genuinely committed to a cohesive America.

Muslims have been contributors towards the wellbeing of the United States of America from the very beginning from the declaration of independence on July 4th, 1776.  Not only did they acknowledge the new state, but the treaty signed with Morocco and the United States is one of the oldest operating documents.

Per Wikipedia,   Morocco’s Sultan Muhammad III was the first world leader to recognize the sovereignty of the United States followed by Nederland’s Johannes de Graaf and Tipu Sultan of Mysore (India).

According to  Dr. Range Gowda, an authority on Tipu Sultan, “That Tipu Sultan had firecrackers going up in Sriranga Patna, his Capital cheering America’s independence. He faced the same enemy that the United States had faced: Lord Cornwallis.”

July 4th means freedom, understanding, and unity.  It’s a time to once again reflect on what it means to be an American—the spirit to be creative, generous, and proud to extend a hand. The program will change your relationship between yourself and all other Americans; No American regardless of background will be on sidelines anymore, but a part of the American Story.  Let’s come together and celebrate.

Don’t forget to bring your flags and chairs.

The first two of the three world leaders who recognized the sovereignty of the United States upon its declaration of independence were Muslim.

A Lesson in History will be shared at 2:15 PM

July 4th speech at Ahmadiyya convention, a few years ago 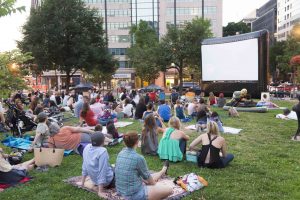 Happy 4th – Muslims are an integral part of American Heritage

Upon declaration of our independence on July 4, 1776, two of the first three heads of states who recognized the sovereignty of the United States were Muslims, and one of them was a Muslim from India.

Americans, Indians, and Muslims have a connection since the very beginning of our independence. We were all opposed to the colonial rule, and fought them and chased the British out of America, but they continued to rule India through divide and conquer for another 150 years.

Morocco was the first country to recognize the independence of the United States of America, signing the Moroccan-American Treaty of Friendship, the first of its kind. Friesland, one of the seven United Provinces of the Dutch Republic, was the next to recognize American independence (February 26, 1782) and Tippu Sultan, the King of Mysore State (India) was the third. According to Dr. Range Gowda, Tippu Sultan’s historiographer, the congratulatory letter to America is preserved in a French Library. Tippu celebrated America’s independence by bursting firecrackers in Srirangapatna. 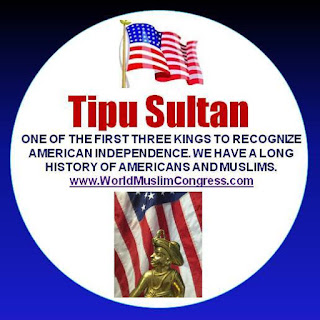 What does July 4th mean to Muslims and Indians?

It means everything and the biggest thing is freedom. Islam is indeed about freedom of conscience, justice, and liberty.

The Pledge of Allegiance is one of the most cherished statements for Muslims, “One Nation under God, indivisible, with liberty and justice for all.” There are several verses in the Quran that assert those values, so it’s like coming home for Muslims.

The raging battle among Americans to keep the state and church apart resonates with Muslims living in America as the Quran speaks out to them, 49:13- “O mankind! We have created you male and female, and have made you nations and tribes that ye may know one another. The noblest of you, in the sight of God, is the best in conduct. God Knows and is Aware.” Indeed, knowledge leads to understanding and understanding to acceptance of the otherness of others and appreciate a different point of view without having to agree with it.

Honoring merit appeals to Muslims: you can be whom you want to be, and Muslims boast about their ability to rise from their merit. The Prophet tells his daughter that she will not get a free pass to paradise because she is a daughter of the prophet; she has to earn it on her own through good deeds to fellow beings, such as the emphasis placed on merit and individual responsibility. That is what capitalism, democracy, and America are all about.

Every immigrant in general and a Muslim, in particular, loves the idea that you are innocent until proven guilty. They see the wholesomeness of justice in America, and they love America for it. An observant Muslim recites at least 17 times a day that God alone is the judge, and we must refrain from judging others.

Our Founding Fathers had a vision and laid the groundwork for a sustainable, cohesive America for centuries to come, ” We hold these truths to be self-evident, that all men are created equal, that they are endowed by their Creator with certain unalienable Rights, that among these are Life, Liberty and the pursuit of Happiness.”

We have come a long way, and still have miles to go to realize the above truths, and to fulfill the dream of Martin Luther King Jr. Indeed, the last two months have packed an incredible amount of events in our history. The pulling down of the Confederate Flag in several states after the tragic events in Charleston, South Carolina gives us a lot of hope, the Supreme court’s landmark decision to make same-sex marriage legal brings freedom to the GLBT community; yet another decision by the Supreme Court brought freedom to those who were vulnerable, the sick and the poor Americans. Thanks to President Obama for making health care a reality for all Americans. The affordable care Act is the law of the land now.

First, I pray for the spirit of that freedom to be born again, again and again, every year, for eternity. Indeed, we are the land of the free and the brave. The whole world looks up to America with admiration, although we still have a few more milestones to achieve.

Donald Sterling, the basketball billionaire and Don Imus, the popular American Radio host and several others faced severe retribution for racial slurs. Rick Sanchez and countless Senators and Congresspersons were taken to task for making Anti-Semitic comments. Now thank God for the Supreme Court, no one will dare to abuse the freedom of these three communities: African Americans, Jews, and the LGBT community.

Two more communities, among many, need such freedom; women are still not getting equal pay, and I hope the Republicans will join the Democrats and pass that bill.

Who is left behind? Hispanic Immigrants and Muslims!

In 1986, President Reagan brought relief to 3 million undocumented aliens through his amnesty program. Now President Obama is working on freeing 11 million aliens from the tension of separation with their family members. As a nation we need to collectively reflect on the issue and do the right thing; legalize those here with agreed upon conditions.

In recent years, American Muslims have become an easy target for abuse without any consequence. Some US presidential candidates top the list for bigotry, having said that they would not hire a Muslim in their cabinet.

The problem is two-sided: we the Muslims are not connected enough with mainstream society for a vast majority of Americans to stand up for us, empathize with us, or even understand the truth about us that we are no different than them in our endeavors and aspirations of life. We need to get out of our shells and be part of American society.

We must, however, express our gratitude to the millions of Americans who have stood up for us, compelled by their sense of justness and fair play after 9/11 and as recently as the Phoenix and Garland rallies.

As Muslims, we are making serious efforts to be fully participating and contributing members of American society for the security, peace, and prosperity of our homeland. We have unequivocally stood up for free speech.

As American Muslims, we uphold, protect, defend and celebrate the values enshrined in the U.S. Constitution. Our faith reinforces the creed of “One Nation under God, with liberty and justice for all.”

We at America Together Foundation will take bold congenial steps on behalf of Muslims to get ourselves on a par with the other communities who had previously endured abuse, and with the support of all Americans, we will shame them for their bigotry.

I urge every Muslim to reach out to their fellow Americans to share the joy of July 4th God willing, Muslims will be celebrating July 4th2016 en masse all over the nation. We are going to be unfurling big plans soon. The more integrated we are, the safer it is for every one of the 318 million plus Americans.
What does July 4th mean to me?
The very first step on American soil puts a smile on an immigrant’s face; if not you, it has happened to your parents, grand or great-grandparents. It’s the exuberance you witness on a baby’s face when she stands up for the first time, it is the exhilaration you see when a toddler eats the food on his own for the first time, or the relief written all over the face of a student when he or she graduates. Indeed, it is an expression of freedom I felt upon arrival in New York some thirty-five years ago. My journey continues as I get ready to celebrate another July 4th. 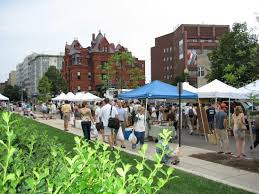 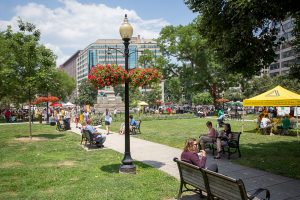 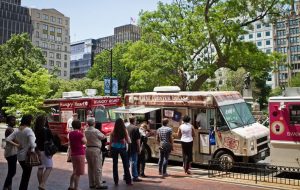