What is political pluralism?

Instead of collusion of different interests, we have to come up with solutions that are durable and focused on what is good for the people. 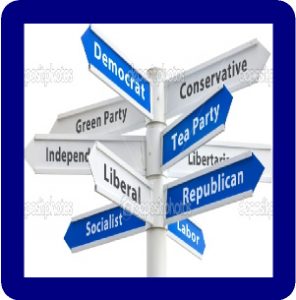 The great negative example would be rejection of the proposals from the minority (not racial, ethnic or religious but numerical). The Republicans are a majority in the Senate while the Democrats are a minority at this time (2015 and 2016).

The outright rejection of President’s choice for the Supreme court bench without even knowing and grilling the candidate is uncouth.

There is a collusion of interest here, and we have to figure out a live and let live solutions.

They are sensitive to what’s happening around them and take the necessary action, they are not stick-in-the-muds. They are willing to place America first, party next, in case of other nations, their country first and political party next.

Moderates are usually silent, but do exercise their vote and keep the radicals out. They dumped Santorum, Pawlenty, Bachman, Gingrich, Cain, Rudy Guiliani, Alan West, Sara Palin and others.

‘Radical’ conservatives are characterized by jumping on any one who criticizes their party, they lack introspection, and are stuffed with me or you attitude, and rarely do they know what ‘we’ and ‘us’ means.

Moderate Republicans or Democrats are distinguished by their ability to see a different point of view, and are the majority, a silent majority within the party.

Pluralism is the attitude of respecting the otherness of others, and seeing another point of view and focusing on what are sustainable and durable acts.

More information will be updated as we move forward.