Dialogue with your neighbor at Chinmaya Mission

Hinduism and Islam are among the most misunderstood religions. People have fabricated myths about them, and it has never occurred to some of us to question what is dished out to us.

A few pictures from the event are posted below

The Interfaith Conference of Washington DC has started a new Dinner Dialogue series, called “Dialogue with your Neighbor.”  The Chinmaya Mission (Hindu) sponsored the first event, and the next one will be at the Sikh Gurdwara.

The event was organized well. Ann Delorey moderated the program with the clarity and promptly. Thanks to the Chinmaya Mission for hosting the event. It was like homecoming!

I appreciate the presentation by Dr. Nagarag and the supplemental talks by Nanak Lahori and Dilip Thatte.  The conversation was remarkable as it was more interactive than a monologue.

The first item on the screen was; 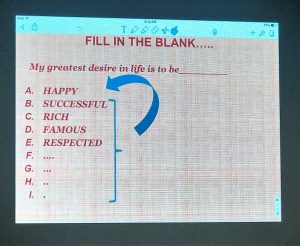 The presenter asked the audience members to share what is that they want? Then he went on to present about the purpose in life and the pathways Hinduism lays out to achieve them.

At this moment, my mind went wandering into the early part of 2000.  When Pastor Robert Jeffress of Dallas made some problematic statements calling Judaism, Hinduism, Mormonism, and Islam as cults and a whole lot more, I took the steps to engage with him.   I will focus on the item related to this particular aspect, sitting amidst 3000 congregants, to paraphrase the pastor, he said,  “Christianity (his brand) is the only religion that offers purpose in life, no other religion offers this.”  I started scribbling notes on Hinduism, Islam, Bahá’í, Sikh… all have a very clearly defined purpose in their scripture.

After the congregation, I talked to him about my observations, and he was not interested in knowing. I argued with him, it is a good thing to say that your tradition offers purpose in life, but wrong to say that others don’t. What do you know about Hinduism?  I engaged him for a full week on Dallas Television News and Dallas Morning News also provided full coverage.

Back to the presentation: Dr. Nagaraj was describing the purpose in life and how to go about achieving it.  I saw that template stamped on all religions.   He started out with the goal of life to attain Mukti (Salvation) from the cycles of life death, the loop of death and reincarnation.

Nagaraj and I discussed the topic, not him, but some Hindus would act exactly like Pastor Jeffress, think that the Hindu idea of reincarnation is somehow superior. You will find that Percentage of believers in all religions. Like hell it is, no religious belief is superior to the others, to think one’s faith is superior is short-sightedness.  A full explanation of spiritual arrogance is explained in my upcoming book.

I offered the thought that the idea of reincarnation is embedded in all religions. Here is how it works.  Most  Hindus, some Buddhists, Sikhs, and Jains believe in reincarnation – i.e., the pending matters of life cannot freeze or disappear with one’s death, they will continue in another body to bring completion to life’s equation.  Your new avatar will carry that burden or benefit depending on where you are in the journey. You will be completely Mukt (free, meaning your soul) when all the transactions have been zeroed out.

Now look at the Abrahamic traditions, they believe there is a life after death, and on the Day of reckoning, all will be resurrected and accounted for the Good, bad and Ugly things they have done and depending on God’s grace. You may be free or have to face punishment until such time when you have fully repaid for your wrongdoings.

Do you see the bottom line in these two theologies? It is behavior modification! Both beliefs are equally valid, as it helps the individual to keep the harmony of the life intact and make fewer mistakes to tear up the equilibrium.

When I hear or study about different religions, I see the same bottom line. Keeping the social harmony intact.

Hinduism and Islam are among the most misunderstood religions. People have fabricated myths about them, dished out by their parents, teachers, religious leaders and the media, and it has never occurred to some of us to question what is dumped on us.

Instead of finding the truth, we keep pounding them on our memories, and it usually reflects in our responses and our language. I pray that these myths do not become a part of our DNA. Truth brings clarity and freedom.  If you cannot question what’s given, then you are not a free individual,  and there is nothing like it freedom.

By learning to respect the otherness of others and accepting the God-given uniqueness of each one of us, and through trust-building we will move forward into an era of conflict mitigation and goodwill nurturance.

If we have anything that is negative about others, before we swallow it and make it a part of our psyche, we must clarify it. Our freedom comes from questioning it until it brings peace to us through facts. Truth brings relief, peace, and happiness.

I know all religions in America are moving towards more common sense understanding, at the time completely sidelining the traditions.  American Version of Islam, Judaism, Christianity, Hinduism, Sikhism and all other religions are not the same elsewhere in the world. America does it to all, a good doing indeed. 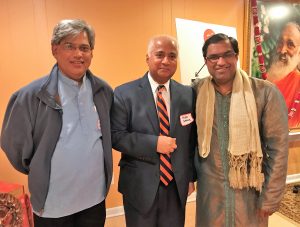 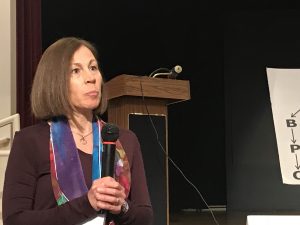 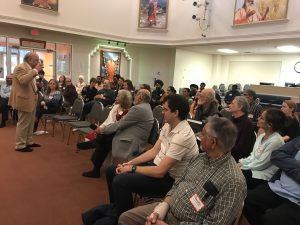 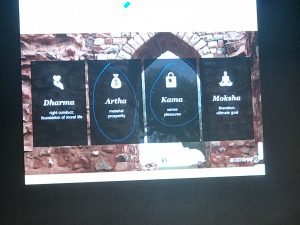 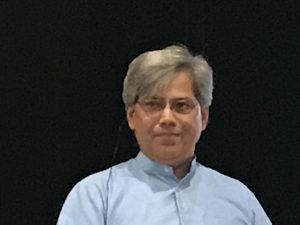 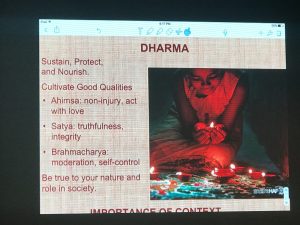 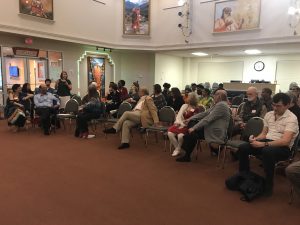 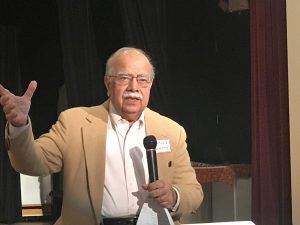 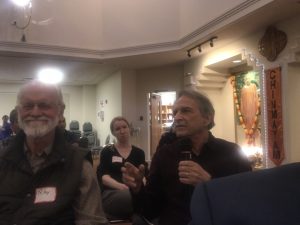 Send an email to Mike@CenterforPluralism.com to receive the article in my weekly newsletter or visit www.PluralismNews.com.

Dr. Mike Ghouse is committed to building cohesive societies and offers pluralistic solutions on issues of the day.  He is the founder and Executive Director of the Center for Pluralism.  www.CenterforPluralism.com