There is a warning to Indians in this essay, the good times may come to an end.

The brutal rape of an 8-year old and the 4 –year-old is beyond anyone’s understanding. It was a brutal rape and murder.  I hope as a nation we condemn what is bad and encourage what is good regardless of the politics or religion of the individual. 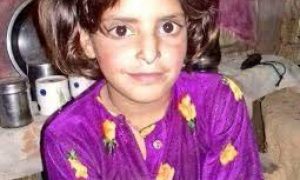 This tragedy has united most of the Indians except a few party members of Mr. Modi and Mr. Yogi who are defending the rapists. What is disgusting is even women members of the party like Kirron Kher are discounting it by saying that the rape culture is not new in India.  With friends like her, BJP does not need enemies.

My first response was apprehension.  How difficult must it have been for the child to endure the last few minutes of her life? Several images of 8-year-olds ran through my mind and could not help feel the anguish and anger.  How must mothers and fathers feel if their daughter is out on her way to school?

My second response was, punish the criminals swiftly and restore the trust in society.

I hoped the Prime Minister, and each Chief Minister with the State Police commissioners will jointly announce zero tolerance and severe punishment to criminals who hurt innocent people. If they don’t, we the people need to harass them to do it. At last, we the people have a right to decide whom we appoint to govern us, and how they are accountable to us.

A Bill must be introduced in the Parliament that would require “married men and women” to run the public office, preference must be given to those candidates who have daughters.  It is not to discriminate against single people but to ensure the men and women who are responsible for public safety have the heart to empathize with the pain of mothers.

I urge Modi and Yogi and get married, and I am sure they are potent enough for God to bless them with a daughter each to understand at least the anguish of fathers, if not mothers. Sloganeering is good, but their actions determine if they are shooting their mouth off, or if they respect every man and woman of India.

I would appeal to the moderate members of the BJP to take bold steps and correct the mistakes and restore justice and the rule of law in India.

Ms. Prathiba Prahlad from New Delhi was one of the first few individuals in the nation to express her outrage well, and it reflects the sentiments of most mothers of India. Prathiba is a Dancer, Scholar, Culture Specialist, Festival Director at DIAF. Padma & Sangeet  Natak Akademi Awardee.

“I’m sick in the pit of my stomach & in deep, deep anguish! Just imagine what horrendous pain, fright & brutality little baby Asifa would have gone through! I’m ashamed of our politicians, I’m ashamed of our society, I’m ashamed of myself & my helplessness! I wish I didn’t live to see this day! India – hang your head in shame … so many of our children, adolescents & youngsters are brutalized every other day! And we call our land a holy land??? A holy land filled with ugly, twisted, violent, brutal, heartless, soulless psychos who commit beastly crimes in the name of religion, caste, honour or just because they view the innocent & the vulnerable an easy prey ??? This land can never be holy unless justice is done to these innocents – unless laws are amended, justice is fast-tracked & the guilty are castrated, tortured & publicly killed … they don’t deserve a trial for god’s sake – even at the risk of being termed undemocratic!”

Whenever adharma takes over a nation, it needs a Krishna to restore faith and trust in the society, and that Krishna is the collective consciousness of Indians resting in women, businessmen, and young men.  They have to take their nation back from irresponsible chaotic governance and restore the good old days of the past where people were not afraid of each other and lived their lives instead of battling their lives. We did not have the lynchings, harassments, and murdering of people who differed with us. We did not regulate what one should eat, and that freedom had offered relative peace.

Why should a mother support BJP?  What security she has for her daughter if these men don’t feel the pain of the mothers?  Women tourists are scared to go to Modi’s India and Yogi’s Taj Mahal for fear of being raped. Is this the India we want?

Ban those lawyers from practicing the law for defending the rapists, and ban the politicians from holding public office if they support and abet rapists.

I am not sure if Modi has the guts to do it, but I urge him to take action before people completely write him off.

I urge Hindus and Muslims to feel the pain together and never let the divisive men pit Hindus against Muslims or vice versa.  Let them be the losers and not the general public.

What we need is sane voices – and not a Hindu Muslim conflict which the politicians would love it, but you and I will lose it.   In the last two months, we had two fathers; a Hindu and a Muslim; two great heroic fathers in India. Each one of them lost their sons to hate by Muslim and Hindus each, but the patriotic fathers urged the politicians keep calm and not allow them to pit one group of Indians against the other.  It must have been painful for them not to seek revenge.  I hope Mr. Modi honors them as heroes of India.  More at http://mikeghouseforindia.blogspot.com/2018/04/a-way-out-of-hell-forgive-them-for-they.html

Let this be a warning to Indian businessmen, Indian women, and all the young people who are enjoying a good life at this time. All of this will come to an end if Law and Order are not restored.

Modi and Yogi have nothing to lose, but ordinary people do, it is their livelihood.  Much of our prosperity hinges on foreign direct investments, export of software and contracting work and tourism including medical tourism.

If the investors continue to see the chaos, rape, communal strife, lynching, harassment, and restrictions on what one eats and who he or she marries, they will pull out of India. Who wants to invest in a place where their investment is not secure?   Would you invest in Burma, Sri Lanka, Afghanistan and Ethiopia and even Pakistan?

Dr. Mike Ghouse is committed to building cohesive societies and offers pluralistic solutions on issues of the day; he is the president of the Center for Pluralism in Washington, DC.