A tribute to coke Buchanan by Memnosyne Foundation

Thanks to Mary Ann Thompson-Frenk for inviting me to celebrate the life of our friend Coke Buchanan who passed away last week.

Coke was a great soul and I am pleased to write about his work and reminisce the early days at Memnosyne Foundation. We were a team Memnosyne. 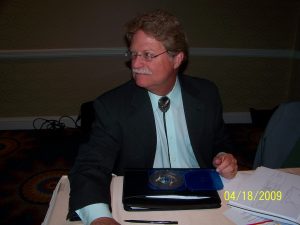 I met Coke a dozen years ago; he is good with people and had grasped who I was.  In the very second meeting, he brought me a pack of CDs of selected music from African nations, Middle East, South America and other places. I have them in my car and play them on long drives.

Coke had a genuine liking for people of all hues, and I’m so glad Mary Ann Thompson-Frenk harnessed his skills to accomplish extraordinary feats with Native Americans. Among many here are a few; the Hopi and Toltec nations were at odds with each other, and through skillful dialogues, they came together after a century; a Medicine garden was inaugurated planting herbs and shrubs for the Maya Indians, so the shamans can continue practicing their native medicine for a large community.

One of the most significant qualities of Coke was, he was a damn good listener, I’m placing him among three great listeners that I knew, and they are; President Musharraf of Pakistan, Mike Davis, a Homebuilder, and my father. Good listening bonds you with people, good listening leads to understanding and understanding to acceptance of the other. Indeed, it’s very intoxicating when someone listens to you intently. Coke was good at it. And I wish, all of us become good listeners, the world would become much more pleasant.

We started out with a big interfaith conference, about 46 individuals representing different religious traditions were invited, and over half of them were Native Americans, (from three continents; The Americas and Africa). Mary Ann has a deep understanding of the native traditions, and she believed that the natives met periodically in a central place and exchanged knowledge of medicine, foods, architecture, and astronomy that was beneficial to humanity of all the nations. Once on a trip to Toltec nation, she asked her father, why can’t we do this now? Thanks to him for encouraging her that it can be done, the result is the birth of Memnosyne Foundation, committed to exchanging and preserving the knowledge of the Native traditions and much more.

A few of the many milestones of Memnosyne 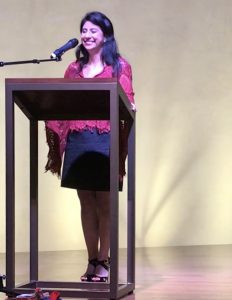 Most of us Americans who are conscious of our history feel embarrassed about the arrogance of the early settlers in America. They mistreated the native populations, and made ugly statements like ‘a dead Indian is a good Indian,’ and they were harassed like they were not humans. Their traditions were disrespected believing that they, the colonists were more privileged humans than the natives.  In that conference, one of the tensest and profound moments came when Becky, an Alaskan Native, stood up and asked if there was any Christian out there ready to apologize for the misdeeds carried out in the name of Christ. Thank God, Dr.Todd Collier stepped out and accepted the sacred cloth Becky had offered in reconciliation.  Did you know how many people cried with joy? That is one of the many moments,  I have always cherished about Memnosyne’s work.

The Mayans lived in a large area in Mexico near Cozumel. For miles and miles, there were no hospitals to treat their sick. A handful of Shamans were left to heal and were running out of medicinal herbs and shrubs that the indigenous people use. Mary Ann saw this need and bought a few acres of land dedicated to growing the plants, thus solving a significant need of a people. When the Garden was grand opened, I cherished that moment and happy to be a part of the team that witnessed the healing work.

I was a part of that team in Mexico. The Mayan Chief said that they were not allowed to pray on the temple grounds, I said why not and said let’s go there, at first they were reluctant, but followed, the Mexican police stopped us, I said we are going and go we did climb up at the temple in Chichen Itza.

I wanted the prayer to be inclusive,  as inclusive as we can make it and filled the gap with prayers from the Hindu, Jain, Jewish, and Sikh traditions along with the Muslim prayers, others did Hopi, Toltec, Maya, and Christian prayers.

Thanks to Mary Ann for organizing this tribute to Coke. One of the remarkable things about Memnosyne Foundation is, it is run like a democratic institution, Even though Mary Ann is the boss, she places the ideas across and let the board members debate on the issue. I remember one such item, where the board said no to an article, and she was disappointed, then I spoke, and finally, the Board Members saw the value in her idea and approved. That was a moving moment for me. I wish more organizations are run like Memnosyne.

After I wrap up my books, standing up for others and American Muslims, I’ll write the story of Memnosyne and its accomplishments. They have changed a lot of lives and given hopes to many. 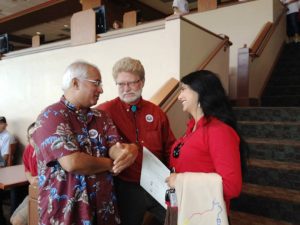 I was in Dallas on short notice and did not call on any of friends. I hope to visit again and catch up with all the good buddies.

Mike Ghouse is committed to building cohesive societies and offers pluralistic solutions on issues of the day. Most of his work is at www.CenterforPluralism.com