Kudos to Zulfi Ahmed for such a fine article.

What religion teaches and what people do are two different things. If Christians, Hindus, Jews, Muslims and others do what is required of them – that is to treat others as they would wanted to be treated, the comments would have been different.

Mr. Zulfi Ahmed reminds everyone in his fine article to go live your life and not to be afraid of any one. He has clarified the myths a few hold about fellow Americans who are Muslims.  If you are hate filled, how can you ask others not to be hateful?

The essence of all religions is to teach to build societies where no one has to live in apprehension or fear of the other.

By doing the things he has suggested, conflicts fade and solutions emerge. The idea is for all of us to live freely.

By the way, I have been writing for Dallas Morning News for nearly 7 years at the Texas Faith column on Pluralism. Mike Ghouse, Center for pluralism dot com.

I came to generous Texas from Karachi, Pakistan to get my graduate degree in June of 1985 in the sweltering, 105-degree heat. I loved it. I met my beautiful wife, a first generation Mexican-American who came from a Catholic immigrant family, in school. And I loved it more. After leaving university, I got my first corporate job with the largest oil company in the largest oil state in the world. And it just kept getting better. 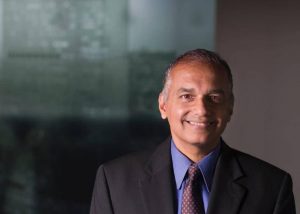 Now, 31 years, one fairly fulfilling corporate career, one stint as president of the largest homeless shelter in Collin County, and two college-going kids later, I think the best years for me and my country are still ahead of us.

At the entryway to my home stands an artsy statue of Ganesh, the Hindu God of wisdom and removal of obstacles, given to me on one of my visits to India. It’s next to a framed print of Jesus at the Last Supper, given to me by my wife. A few steps further there is a tapestry wall hanging with some Koranic verses in Arabic that was given to me by my mother for good luck.

You will find a splattering of the Eye of Fatima amulets all over my home, to ward off the evil eye. I am superstitious that way, call me old fashioned. In my family room you will see a very thick book on the Holocaust, to remind me of the evils that have existed in the world. Oh yes, I have a wooden cross in my home office, another gift.

I would like to clear up a few juicy misconceptions about me, as a Muslim, because there are many like me, hidden in plain sight, that you may never get to know.

For the record, I don’t hate Jews. In fact, I have been very inspired by Moses, the Jewish medieval sage Maimonides, and Albert Einstein. I can recite the 10 commandments, I believe in the eight levels of charitable giving of Maimonides, and I am still trying to comprehend Einstein’s Theory of Relativity well enough to explain it to my kids. Visiting Haifa, Tel Aviv, and Jerusalem, is on my bucket list. I believe Israel has a right to exist peacefully with its neighbors. One of my biggest supporters and mentors in graduate school is Jewish, we used to watch Twin Peaks together with his family. My dentist is Jewish, my accountant is Jewish, my orthodontist (a really good one) is Jewish. I have hired some very smart Jewish employees and worked for a talented Jewish executive. I made my first political contribution to (who else?) Bernie, a Jewish politician. My kids are Bernie-minded, I got coerced, call me a pushover.

2. How do you practice Sharia Law in the US?

This may come as a shock to many, but I don’t have much familiarity with Sharia Law, so I don’t practice it. As a teenager in Karachi, I didn’t know what this was. The laws of the land of the free and the home of the brave are good enough for me, thank you. We may have too many over-reaching government regulations, but that is another discussion for another time. No to beheadings, no to stonings for adulterers, no to chopping off the hands of thieves, no to concubines in a Harem, no to slavery, no to killing for apostasy, no to punishing gays. I am more of a “When I do bad I feel bad, and when I do good I feel good, and that is my religion,” person to quote Abraham Lincoln. And I do keep copies of the Bible, Torah and Geeta in my home alongside the Koran, for reference.

3. When would you kill an infidel as instructed by the Koran?

I have great relationships with “infidels.” I married one. I despise ISIS and what they stand for, beheadings, sex slaves and all. I find the Koranic verse “If you kill one innocent person, it as if you have killed all of humanity” more to my taste. I have not just survived, but thrived among Christians, Hindus, Sikhs, Jains, Jews and atheists. They are my friends, relatives, colleagues, and bosses, and I love it. Sorry to disappoint, but you will not be seeing any violence from me unless you take away my TV when I am watching Game of Thrones. Then all is fair in love and war.

Related: Texas Muslims slam Sen. Ted Cruz and staff for refusing to meet with them

4. Are you part of a sleeper cell awaiting instructions for Jihad?

Truthfully, I love my sleep and will never do anything to sleep in a cell by myself, if you get my drift. So, no, I am not part of any sleeper cell. This term is quite new to me. I am not waiting for any ET-style communication from a religious body, alien planet, ISIS, or any other banned or not-banned terrorist organization. The only Jihad that interests me is one that is charitable: treating others well, helping the less fortunate members of my family, taking care of my old mother, raising my kids with good values, and yes, another Dallas Cowboys Super Bowl ring. That is the extent of my Jihad. It involves no killing, although I have to admit, when the Giants come to play in Arlington in the September season opener, I may use some mildly offensive language during the game.

5. Would it make you mad if I insult your prophet?

You are free to say bad things about Prophet Mohammed in my presence, my blood pressure would not change an iota. I may feel disappointed, but that would be the extent of it. Cartoons of the prophet would have the same effect, and even may get a chuckle out of me. In fact, I have a couple of cartoons of Prophet Mohammed on my iPhone from the last Mohammed Cartoon event held in Garland in 2015. I thought they were funny and actually very creative. And no, I would not go shooting anyone in my neighborhood for that, but also because I am very non-violent person, and I don’t own a gun. Feel free to burn the Koran in my presence. If it is a cold winter day, I may just enjoy the warmth, and I will throw in a Bible, Geeta and Torah, just for grins.

6. Why are your Muslims values at odds with America?

I love pizza and sushi, and love to smoke brisket and BBQ. I fry two turkeys every Thanksgiving. I go to at least two Dallas Cowboys games every season and dream of a playoff win. I vote. I believe in the right to speak freely. I believe in the constitution written by our forefathers. I speak openly against any kind of discrimination. I make charitable contributions. I respect all religions. I treat women with special respect, especially my wife, just ask her. I wear shorts and T-shirts in the summer and sometimes in the Texas winters. I tip waiters 15 percent. I celebrate all religious holidays. I put up a Christmas Tree every year in my home and expect gifts when I wake up on the December 25. I love to see the apple drop and yell Happy New Year! at midnight. I dislike most politicians. I hate our growing debt. If any of this is un-American, then I am guilty of being un-American.

I do not drink or eat pork. I go to the mosque and read the Koran occasionally. I ask for forgiveness for my sins frequently. I would like to make the obligatory trip to Mecca one day. I ask for divine guidance to keep on the path that avoids harm or grief to others. I believe in the equality of all my fellow human beings regardless of race, color, religion or sexual orientation. I believe a society that believes in justice, kindness, and freedoms, is the best society.

Some may still dislike me for my name and my faith, but many won’t, because I live in a country where people are fair and just.