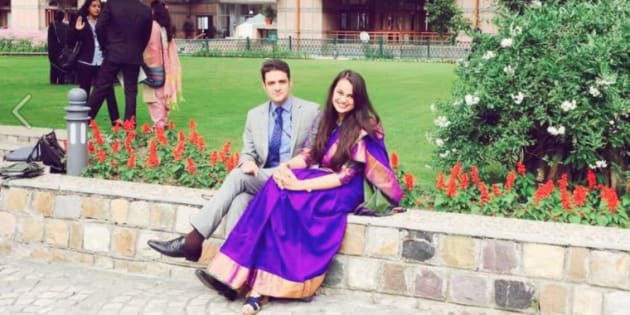 Dabi’s storybook personal journey continues, and in a move that is sure to delight all sarkari hearts, she is set to marry the Civil Services Exam second rank holder, Athar Aamir-ul-Shafi Khan, according to a report in The Times of India.

Dabi and Khan, whose love story began at the not-so-romantic Department of Personnel and Training (DoPT) office in North Block, New Delhi, started dating soon after they met each other in May.

While it was love at first sight for Khan, Dabi was charmed by his perseverance a few months later.

Dabi is a Hindu who belongs to the Dalit caste, and Khan is a Muslim.

“As any freethinking independent woman I am entitled to certain choices. I am very happy with my choice and so is Aamir. Our parents are happy too. But there will always be those elements, that small minority who will always pass negative comments about dating someone from another religion or caste.”

Dabi and Khan, who have not set up a date for their wedding yet, are currently planning an engagement party.