The following essay presents the gross mistakes some of our parents have made in raising us, and how we continue to replicate them. The next article would offer suggestions on how to raise socially fit kids, with that, I hope you would start envisioning the kind of society you would want to create and live. As Mahatma Gandhi had said, be the change you want to be. A few sample pictures are included below.

Yesterday a Mother in Colorado State University was touring the campus along with other students. She was ‘uncomfortable’ with two Native American kids on the bus,  and reported to the University police; the kids were arrested, but released later. This Bitch (My apologies for using the word Bitch, it is used as a contrast and not a curse) was nervous seeing the two Natives and called on the police. Is it her fault or fault of her dumb ass parents? Didn’t they poison this woman when she was a kid? (https://www.cnn.com/2018/05/04/us/colorado-state-university-racial-profiling-trnd/index.html?ofs=fbia).

Would you give a glass of sewage to your children to drink?  Yuck, who will do that? You’ll be surprised how many parents, teachers, religious men (and women) and friends give a dose of social poison to their kids on a daily basis. When they grow up, some of our kids would be misfits in the society and fight their daily battles over inconsequential things. Look at the statements some of our congressmen make and try to wiggle out of it.

One of my Jewish friends was narrating her story about a conversation she had with a group of Christians a few years ago. As they were talking, the woman sitting across her was continually looking at my friends head; finally, my friend could not resist the temptation to ask why she was staring over her head. The Woman apologized and said, “I have heard Jewish people have horns…..”

I took my Hindu friend to a Luncheon at Dr. Amanullah Khan’s home in Dallas, Texas, it was the Ramadan luncheon.  There were at least 500 people, Kirit said he had never been to a Muslim party.  I was not Muslim enough for him as he saw me ‘in his own image.’  How many times have you heard this statement, “Are all Jews like you? Are all Indians like you?

After the luncheon I was driving him to drop off at his workplace, he was excited that he went to a Muslim house for the first time.  And he confessed with excitement, “Mike, Muslims are just like us,” and added, “I did not know Muslims talk, act and behaved like us Hindus!”  He told me a whole lot more. What a discovery for him,  but where did he get the idea that Muslims have horns? How many of you know about your neighbors? 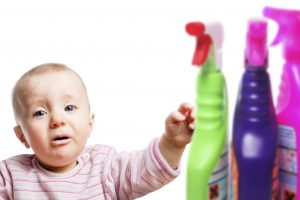 Would you let your children have access to poison? But you may be giving even more poisonous ideas that will make them suffer their whole life 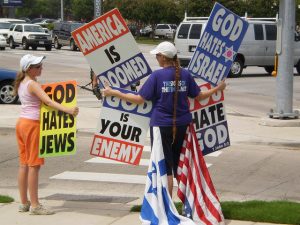 Kansas Pastor Phelps was so full of hate towards Jews, and Gays and Lesbians. What kind of men and women his kids would be when they grow up? I joined Jews, LGBT Community and stood with them against this bigotry. There is a full story about it at Huffington post 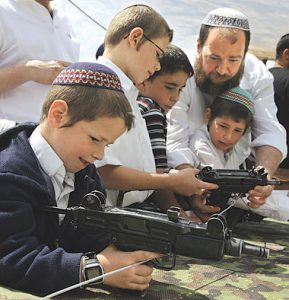 Jewish Madrasa – teaching children to kill the others. Do you expect these kids to grow up and live a normal life? Aren’t they loading the innocent with full of shit? The Palestinians do the same crap.  I wish it was a crime to teach hatred. 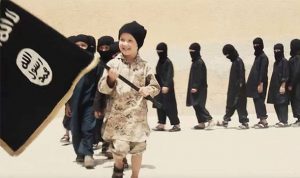 The ISIS killers are brainwashing their children to be hateful towards others, anyone other than themselves -eventually they become Bin Ladens and Baghdadis and bring destruction to all. 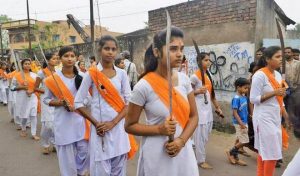 Hindu Madrasas train kids to hate Muslims and Christians. What kind of citizens of India would they be when they become adults? All Indians will be living in fear of each other, and no investor will invest in India anymore, and all Indians will suffer including the belligerent ones.

Can you expect a student who has gone to RSS Madrasa (Political Hinduism and certainly not Hinduism), a student who has gone to a Wahhabi Madrasa in Pakistan ( Political Islam and certainly not Islam) or raised with the Jewish Settlers to ever develop an inclusive language?  A Pakistani Mullah will not even say Namaste to a Hindu, because he was not taught to believe that we are one humanity.  India’s Prime Minister Modi will never wear a Muslim cap even as a courtesy or will step into a Church, as he was not taught to be inclusive of people other than his own on a personal level.

Where does the exclusionary attitude come from?  it is certainly not from Hinduism which teaches that the whole world is one family (Vasudhaiva Kutumbukum) nor does it come from Islam which says the same thing, that all of the human race came from a single couple and were made into different nations, races, and faith communities and the best ones among us will learn and respect the otherness of others.

Please make sure you get this – There is not a group in the world that is 100% clean – each group has utmost 1% of the extremist’s intolerant men and women among them.

If you are biased against anyone, chisel it out.  Pledge to yourselves to be free from prejudice. I am blessed to have the experience of being with almost every classification of human beings from Atheist to Zoroastrians and every one in between, as well as LGBTQ community, Tribals communities, Native Americans and fresh off the boat immigrants.

There have been debates about Yoga; a few Christians declared that it is a Hindu practice and did not want any of their congregants to practice Yoga. The Evangelicals among Muslims did the same shit in Malaysia; they tried to ban Yoga, and objected to the sound of “Om.” Where did they get this idea that God responds to only one name? That amounts to a reduction of the universal creator to someone’s private God.

Talking about God’s name, we have popularized religious greetings from all traditions and we continue to that.  If I am the speaker at an interfaith gathering, invariably I do that in the style that suits the audience, be it religious, civic or business. It is the same message in all the three videos but tailored to different situations.

Here is a video at Chicago Bible Conference, fast paced for the audience (https://www.youtube.com/watch?v=Eo3a8wX6SXQ)

Once I ran into an Egyptian, he was on the phone with his friend and spoke in Arabic. So, I greeted him “As Salaam o Alaikum,” the greetings of peace in Arabic. He shot back at me, “I am not a Muslim,” and I gave him a lecture and asked what is wrong in wishing peace to the other person?  It’s happened with people of different faiths.  What is the bloody problem responding to greetings with equally good greetings? A few Muslims won’t react to As Salaamu Alaikum either if you are not a Muslim, they got something stuck up their rears and their ignorance makes a villain out of God. Who gave them this poison?  It is not in the Bible, not from Quran and not from any holy book as all of them teach to welcome the stranger.  Guess who poisoned them?  It is parents, teachers, religious men or friends, and in the US,  a few creeps in the media do that.

Sean Hannity once asked me if I have received any death threats, and I have, fortunately not from Muslims, but my fellow Americans who are Christians. They could not stomach my opposition to Hannity on the show and right after that, I received several pieces of actual hate mail, not emails including death threats.

I believe in the power of engagement, I go with the examples of  Jesus, Muhammad and Gandhi’s, my mentors. If I lived long, I would list all the great men in all religions provided you would read the lengthy article.

Check the results of the power of engagement, and I am sure you have a lot of stories to tell about the changes your simple effort brought it.

Here is Grizzly Joe at the CPAC convention. He did not like me at all, but he saw that I did not have any ill-will towards him despite the fact that he was hostile – he gave me a big hug and has become a friend. Hear him out  https://www.youtube.com/watch?v=DMdYr0UiPR8

We can blame everyone on the planet and punish the individuals if that were to end the harassment of fellow humans. Instead, as a society, we need to develop ways to bring out normal humans who can lead a normal life. Why should we do that? If we don’t we will get the brunt of that one way or the other. My safety hinges on the safety of others around me, if others are safe, I will be safer. If I want peace, I have to ask myself, am I peaceful to others?

There is racial, religious, civil, cultural and societal poisoning by a few in each group. All you and I can do is, engage with them and appeal to their hearts and minds.

Why should you do that?

If you want your child to grow up and work with people from different races, religions, and ethnicities without fear, then you have a responsibility to raise them with openness.

Mother Teresa says, if you want peace around you, go talk with your perceived or real enemies, talking among friends does not change the equation.

At the Center for Pluralism, we are committed to cohesive societies and offer pluralistic solutions on issues of the day.

Ten years from now, you will not find a place of work, worship, playground, school, restaurant, theater and other areas of public gatherings where you will not see people of different faiths, races, and ethnicities interacting, working, studying, intermingling, playing and marrying together. The future is bound to create conflicts.

A vast majority of us have heard things about others from our friends, news, social media or our knowledge of others and we instantly form opinions about others.  As responsible individuals, we must strive to strip stereotyping and build pathways to ensure smooth functioning of our society, whether it is the workplace or our neighborhoods.

CFP will continue to bring non-stop actions in practicing pluralism in religion, politics, society, and culture and be a catalyst for a safe and secure America for each one of us as we move through this transition.

As we learn to respect the otherness of others and accept the God-given uniqueness of each one of us, then conflicts fade and solutions emerge.

Please visit our website and participate as a volunteer, sponsor or a donor.  We are a Washington based non-profit 501 (c) (3) organization.

Mike’s mission is to open people’s hearts, minds, and souls towards each other.  Knowledge leads to understanding, and understanding to the respect and acceptance of the uniqueness of others in building inclusive societies.

You are welcome to join our effort in taking this further. We need volunteers, researchers, and funds to do it all.

You can donate at https://centerforpluralism.com/donate/