Everything in creation is about balance and justice – all things find their balance. We are conditioned to see the truth, and most of us believe that no one goes scot free. The movies do a great job in bringing closure and usually satisfying the viewer as he or she walks out of the film. The villain invariably gets beat and or handcuffed while we regain our balance that justice was done. 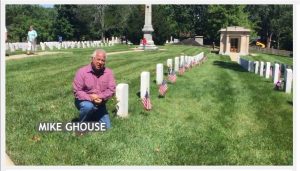 I was watching Jurassic Park last night, and the viewer relief came when the dinosaur finally punishes the villain, he gobbles him up.

Religion is about psychology, most of the ideas found in rituals are designed to restore our balance or coherence. Do questions abound like how come Hitler went Scott free? Osama Bin Laden did not pay for his sins, George Bush did not pay for the massacres of innocent people in Iraq and Afghanistan, What happens to the Buddhist monks who are killing Rohingya, what happens to Assad? What happens to the injustice done to the African Americans, the Dalits in India…… the list is endless.

One of the purposes of religions is to build cohesive societies where no one has to live in fear or apprehensions, and they achieve this through behavior modification.

The Hindus and some Buddhist and Jains and a few Sikhs believe in Reincarnation, the bad things you do in this life do not disappear or go unpunished. They will be carried forward into your next being in the form of misery or potential misery.

The Abrahamic traditions believe there is a life after death, an eternal life. At the end of the human form of life, God will judge them.

People argue about what is the truth, reincarnation or eternal life? Both are true statements, as both of them have one goal; behavior modification.

Mike Ghouse is committed to open peoples heart, mind and souls to each other and offers pluralistic solutions on issues of the day. Mike is President of the Center for Pluralism, committed to creating cohesive societies.