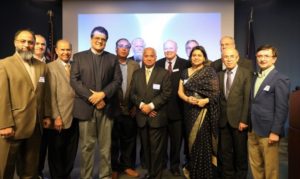 Speakers and sponsor – More pictures below

Sunday, January 26, 2020, Washington, DC – The 15th Annual reflections on Holocaust and Genocides program was held at the Arlington Central Library in Arlington, VA. The purpose of this event is education, information, and activism. We hope to learn and acknowledge our failings and make a personal commitment to say, “Never Again.”

Tikkun Olam, that is restoring harmony in the world is our sacred duty. We invite everyone from Atheists to Zoroastrians to attend this event and feel their humanity. We hope you will walk out of the program with a genuine feeling of being a contributor towards building a cohesive world where no human has to live in apprehension or fear of the other.

We had a great line up of speakers, and we will premiere the video within a week. The speakers included Robert Teitel, a Holocaust survivor who shared his personal enduring the Holocaust. Dr. Gregory Stanton did not mince his words and laid out ten signs of recognizing a genocide in the making. Walter Ruby, Walter Ruby, and Ibrahim Anli announced the work of their organizations in repairing the world.

Dr. Wakar Uddin just returned from the International Court in the Hague, where the court has levied penalties against the government of Burma for the atrocities committed against Rohingya and rehabilitate them back in their homeland.

Mr. Omer Kanat is actively working to stop the Genocide of the Uyghurs in China, and he shared the misery China is inflicting on them. Mr. Muneer Baig called for all Kashmiris to have freedom restored and invited the pundits to come back and start living the good syncretic life of all Kashmiris. Dr. T O Shanavas gave a compelling PowerPoint presentation about what is going on in India in terms of economy, destruction of social structure, and what the Newspapers from around the world are saying.

Dr. Rani Khan concluded the program with the Peace pledge. Ms. Rabia Baig emceed the event flawlessly, and Dr. Mike Ghouse opened the program with pluralism greetings and could not present his take on the issues due to time constraints. 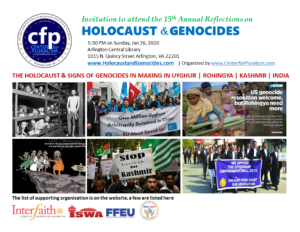 We thank Dr. Frank Islam for being the major sponsor of the event, and Dr. Rani Khan, Dr. Arif Mehmood, and Dr. Maqsood Chaudhry for sponsoring the event. Nausheen and Ehsan Baig for caring for the refreshments and volunteering. We also thank Charles Stevenson and Dr. Zafar Iqbal for volunteering.

Thanks to Jack Pagano for filming the event. The event is an initiative of American Muslims who choose to stand up for the rights of all humans, and the Center for Pluralism has been organizing the program for the last 15 years. Our commitment is to create a world where you, me, and everyone feels secure with our faith, race, ethnicity, culture, and national origins.

A complete report, press release, and video will be out soon. 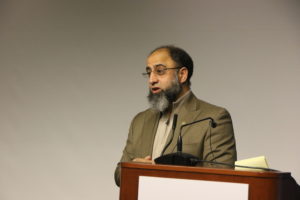 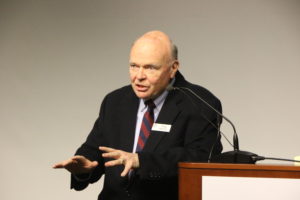 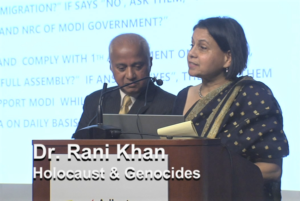 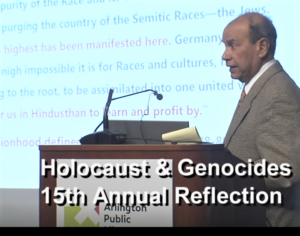 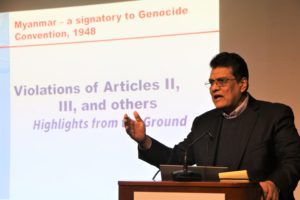 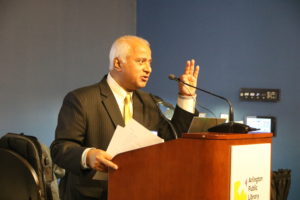 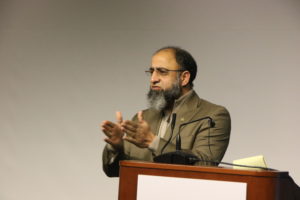 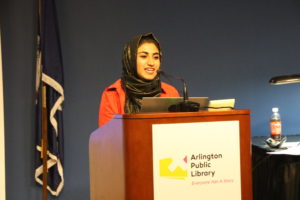 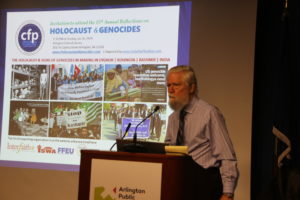 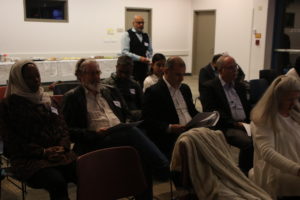 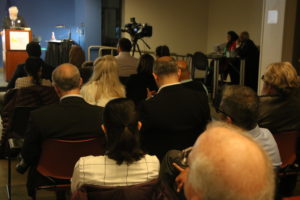 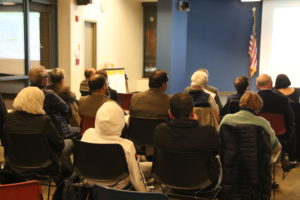 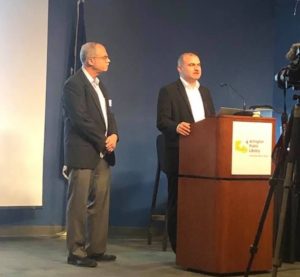 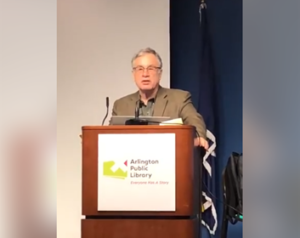 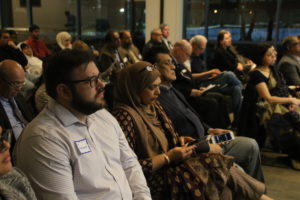 15th Annual Reflections on the Holocaust and Genocides

The purpose of this event is education, information, and activism. We hope to learn and acknowledge our failings and make a personal commitment to our share of saying, “Never Again.”

We hope you will walk out of the event with a genuine feeling of being a contributor towards building a cohesive world where no human has to live in apprehension or fear of the other.

The Jewish community has been commemorating the Holocaust event since 1953, known as Yom HaShoah in Synagogues around the world. The general public learns it by visiting the Holocaust Museums and educational institutions.

At the Center for Pluralism, we are committed to spreading knowledge of the Holocaust and Genocide through interfaith and public events, including the Annual reflections.

Special Note for Indians: In the last 14 years, we have covered nearly 30 genocides and difficult events such as the Sikh Genocide, Plight of Kashmiri Pundits, Gujarat Massacre, Bangladesh Genocide among other events in the world. These are not against anyone but highlighting the human suffering inflicted by fellow humans.

Our format consists of four parts; Interfaith prayers, Holocaust, Genocides, Massacred and the Pledge of Peace. Silently, we will acknowledge all suffering, but physically we are limited to a few Genocides each year.

This year, a Holocaust survivor will share his story, followed by updated Uyghur, Rohingya, and the signs of making of Genocide in India. I urge everyone to watch the Schindler’s list and Civil War movies to grasp the signs.
I believe, when we acknowledge each other’s grief and participate in each other’s commemoration, we connect with the humanness within ourselves and seed the relationship of understanding and caring for each other.
There is a shameless cruelty in us, either we shy away or refuse to acknowledge the sufferings of others, worrying that it will devalue our own, or amounts to infidelity to our pain, and every community and nation has suffered through this. To all those who have endured the Holocaust, Genocides, Massacres, Ethnic Cleansing, Land Mines, Hunger, Rape, Torture, Occupation, Expulsion, and inhuman brutality, we must say, you are not alone. The least we can do in the process of healing is to acknowledge every one’s pain in one voice.

This is a Muslim initiative to assure fellow humans who have endured the Holocaust, Genocide, ethnic cleansing, massacres, rapes, injustice and other atrocities that we are all in this together to create a better world. Tikkun Olam is our sacred duty.

Published at 148 News Outlets
A few are listed below