There is a lot of conversation that goes on in different forums. I saw the following picture in Whatsapp by one of my Muslim friends in India. On the other hand, my Jewish friend in Dallas shared her experience on Facebook, all in a day’s work.  I was sensitive and commented on the wrong choice of words, and commented on both the threads.

Nature is amazing, you can even call it an evolutionary process. Over the years all minorities (that includes white, blacks, browns and others in different places) and people of faith or no faith (each faith is a minority in one place or the other) and of course, add gender, ethnicity, and culture to the pool. These minorities feel the brunt of the respective majoritarian ill-will. In this commentary, I will keep my focus on Jews and Muslims who have built-in antennas to see the prejudice flowing out of other people’s words and actions. 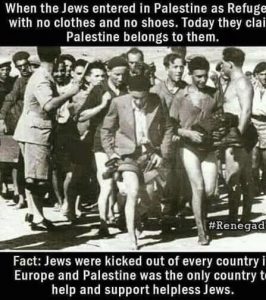 Ghouse:  Shafi, ‘kicked out’ is a disrespectful word; they were forced out for being Jews.

Shafi: yes, just for my knowledge & my sympathy with the Jews, & because. I think you know more about Jews, will you please let me know (enlighten me) why the Jews were evicted forcibly from every other European nation?

Ghouse: Shafi, they were forced out because the Christian right (not all Christians) believes that Jews killed Jesus. It is not true, it was the tradition that killed the rebel not Jews. Someday, I hope to hold a conference on reconciling between the four major faiths – Judaism, Islam, Christianity and Hinduism, all of them have gripes. It was not the religion but the prevalent tradition that caused persecutions. For example, you could not apply the 2019 LGBTQ laws in the year 1950, the laws were just not there. You could not enforce the 1964 Civil Rights Laws in the year 1952.

It’s the most common accusation, and I have witnessed it in pastor Phelps rallies, and have taken the pictures of the ugly placards, that said, “Jews killed Jesus.” I stood with Jews (full story in Huffington post in the year 2011) at the Holocaust Museum, Texas Jewish post, Akiba Academy, and a few synagogues. There are many pictures and a story about it.

Muslim-right (not the majority of Muslims) also has mistranslated Quranic verses to foster ill-will against Jews and all of that is being corrected now. More in the book American Muslim Agenda.

72% of Americans were opposed to the Iraq war, yet dictator Bush pushed for it. For God’s sake, we are a democracy – should we be responsible or the leaders? Shame on us, we did not do enough to stop the dictator who did things unilaterally and on our behalf.  Israel is no different. But I do know a majority of American Jews are tired of the continued conflicts and they want justice for the Palestinians and security (not military, but be able to freely travel without apprehensions) for the Israelis.

What the government of Israel does is a violation of human rights, UN resolutions, occupation, settlements, and harassment of civilians. That is wrong, and 195 out of 200 nations are pissed off at Netanyahu (not Israel) and resent such violations, and it is not Anti-Semitism, it merely is resentment for not respecting the collective opinion of the world.  Just as many nations are reluctant to negotiate with Trump (not America) as the next president may reject his executive orders as he did with President Obama’s EO’s.

Yes, there are a few creepy rabbis who have said to kill mothers who give birth to Palestinian babies, so are the creepy Imams who say the opposite. Neither of these creepy men and women represents the majority of Jews or Muslims. We need to remember this every time we talk about these issues. We should consciously fight any kind of stereotyping that crawls on our minds. If we cannot do it, then don’t expect the other to do it.

As Muslims, we should not be unjust to any one of God’s creation because we disagree on their politics or economics; we must continue to seek justice.

We should follow the Quran’s “right” translation for the long term good of all humanity, that is, if we sincerely believe in the Qurans’ wisdom, and I hope you do.

From the book, American Muslim Agenda, the chapter on Islamic value # 5 – there are a total of 10 verse listed in the book, a few among them are here.

Quran 5:8, (Asad), ” O ye who believe! Stand out firmly for Allah, as witnesses to fair dealing, and let not the hatred of others to you make you swerve to wrong and depart from justice. Be just: that is next to piety: and fear Allah. For Allah is well-acquainted with all that ye do.

Quran, 4:135 (Asad), “O you who believe, you shall be equitable, and observe GOD, when you serve as witnesses, even against yourselves, or your parents, or your relatives. Whether the accused is rich or poor, GOD takes care of both. Therefore, do not be biased by your wishes. If you deviate or disregard [this commandment], then GOD is fully Cognizant of everything you do.”

Quran 49:6 (Asad) “O you who believe, if a wicked person brings any news to you, you shall first investigate, lest you commit injustice toward some people, out of ignorance, then become sorry and remorseful for what you have done.” Prophet Muhammad had suggested living a regret-free life.

Here is one of the many articles on the topic, that may answer some of your questions.

So I met my husband at Mac’s barbecue by Fair Park today like we have done many times over 15 years. The owner has always chatted with us about the gossip in the neighborhood, and He then started in about Laura Miller and called her a Jew Nose. I was sure he didn’t say that, so I asked him to repeat what he said then told me the same thing. I gently told him I was Jewish, but he repeated himself, saying if I ever saw her, I would know what he was saying. I told Laura is a person that happens to be Jewish. Quietly got up and we walked out. I will never go back again. I am still shaking.

Mike Ghouse:  Erica, in 2005, a councilman in Dallas city hall pointed his finger, and said, “you people” to a Jewish man, I was outraged and wrote in Dallas Morning news at that time.

Antisemitism is mitigatable thru education. The good news is there are far fewer bigots now than a decade ago.

Why don’t you write on his website if there is one, and I’ll add to it?

My vision of America is for each one of us to feel secure with our faith, race, ethnicity, culture, and other uniqueness. It is articulated in the book American Muslim Agenda.

Erica: Thank you, Mike Ghouse, for all you do to stop this hate through education. That’s why I am so fond of you. I have no interest in trying to destroy his business. I think we should all speak out when we hear this kind of talk whether it is Jewish, Muslim, Black, Brown, Native American or even Asian. My dad was the first generation American and struggled with antisemitism. He was so proud to send money to Israel to help plant trees. One thing I remember my dad saying was that the difference between Jews and non-Jews is that Jews kept their suitcases packed by the front door.

Mike Ghouse: Erica, the last sentence is perhaps my motivation and the work we do at the Center for Pluralism – to create societies where each one of us feels secure about our faith, race, ethnicity, and culture. You may like this piece – Boosting Jewish Muslim Relations –

I’m a free person and not influenced by any interests, and have refused to take fund for our organization by such groups. My organization will remain financially weak because of the stand we take. We don’t project or manufacture enemies to frighten the crap out of constipated men and have them open their check books. We see others as informed, misinformed, or ill-informed citizens, and our role is to educate the know nots. I have many successful stories to share about making a dent in the thoughts of the kings and princess of Islamophobia.    I don’t believe I have enemies, and some may disagree with my stances, but not the whole of me. My mission is to open people’s hearts and minds towards each other.

What have we accomplished at the Center for Pluralism?
https://centerforpluralism.com/mission-accomplished-at-the-center-for-pluralism/ 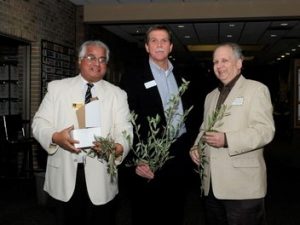