Wednesday, May 22, 2019, Capitol Hill, Washington, DC — The Equality Labs of America presented a historic congressional briefing on the evil of casteism that has followed several Indians to America.  It is hard to believe these men and women have taken the oath to uphold our constitution, but grossly violate the ideals enshrined in our declaration of independence. “We hold these truths to be self-evident: that all men are created equal; that they are endowed by their Creator with certain unalienable rights; that among these are life, liberty, and the pursuit of happiness.” 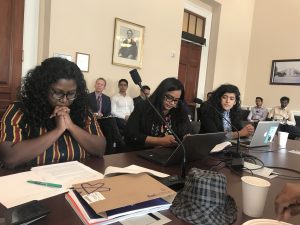 Congresswoman Pramila Rajagopal sponsored the briefing, her staff and other congressional staff took copious notes for record and action. Several organizations were concerned about discrimination of Dalits even in America and attended the meetings to learn about it.

As always, there are negative forces out there, instead of presenting their case for the public to understand and support them, they resort to denigrating the other and killing the programs thru undue influence.  Last year, I know two events on the Capitol Hill got canceled. It’s very un-American, if you have a reason to believe you have a point, communicate it effectively and not thru undue influence, someday all such nefarious activities will be shot down, truth ultimately prevails. We call it Satyameva Jayate.

It is in this context; we can conclude that this meeting was overwhelmingly successful. Indeed, it is the critical step towards acknowledging and serving justice to the Dalits.

It amazes me at the caste discrimination among South Asian Americans is rampant.

My recommendation to the presenters is to define casteism for the American audience.  In simple words Caste is boxing groups of people as inferior beings by their birth, they are the outcasts and untouchables. You don’t eat with them or even sit with them, let alone let them enter your home. If someone tends to act equal, he or she gets beaten up. It is still happening in India.

Thanks to my father for breaking all the rules. The Dalits would sit with us, eat with us in the same utensils and my mother would make them tea and we all drank with the same cups. It had a profound effect on me. I have fought with people at the public taps for the wait the Dalits had to endure and the shameful acts of washing the tap several times after a Dalit collects the water from the tap.  I am glad my parents did not poison me with prejudices that many parents in India do.  The poisoning against Dalits, Muslims, Christians, and Sikhs have been intensified in the last five yars. If this is not checked, every Indian will lose at the end.

The 90 minutes hearing was loaded with information; some of it was shocking, and some were unbelievable that it is happening in our country.

Themozhi Soundarajan, the Executive Director of the organization, is to be congratulated for organizing an effective program together. 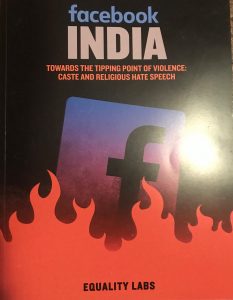 Most White Americans assume everything runs per the rules, and they have difficulty in understanding why any idiot would discriminate the Blacks? For example, most Hindus in India guess everything is straight forward, and they cannot fathom why Muslims face blatant discrimination in housing. The same goes with the Muslims in Pakistan, and they have difficulty in believing that the Hindus were discriminated in their country.   I hope someday, our Hindu majority in America will wake up and say to the GOI, look we enjoy all the freedoms and opportunities in America, and we want similar equal opportunities for Dalits, Christians, Muslims, and Sikhs in India. We want India to follow the American model and restore its glory days of living and cherishing each other.

The following presenters shared their documented experiences followed by recommendations backed up by useful, robust empirical data. You can read the full report at http://www.equalitylabs.org/castesurvey

It is hard to believe that a few Indians bring their evil of superiority to America, its anathema to the American values of equality in opportunities, justice and access to everything in the pursuit of ones’ happiness.

“No one is more privileged than the other, and it is this arrogance that one is entitled to more privileges over the other, that has been the source of evil in societies including discrimination.” Excerpt from the book American Muslim Agenda.

A part of being American is to imbibe the values of equality and treat fellow Americans as equals. It frees the individuals from the agony of mistreating others.

Ambassador Brownback had urged the members of religious freedom to present their case without negating the others’ claim. A few among us will do everything to stop you, but don’t let that discourage you. 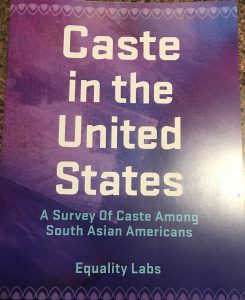 We have to educate fellow Americans to understand the value of equality. It is this value that is responsible for our prosperity, and we cannot let America slide back to discrimination.

Shame on us for mistreating fellow Indians of all stripes, let’s do the right thing and be on the right side of history. I urge all Indians to support this initiative.

Knowing a few imbecile men will attack me, I want to assure them that the right thing to do is for each one of us to stand up for the rights of others. In the end, all men and women should get justice and fair treatment. Indeed, I am blessed to have stood up for the rights of all individuals from Atheists to Zoroastrians and everyone in between including LGBTQ community and Native Americans, in this case, the Hindus. http://standingupforothers.blogspot.com/2012/04/standing-with-hindus.html?m=1 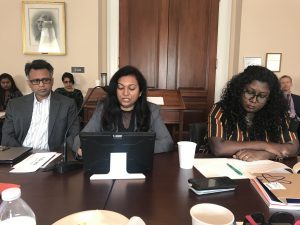 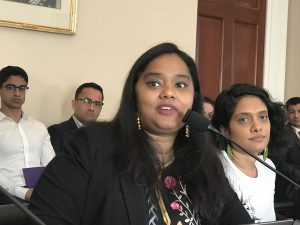 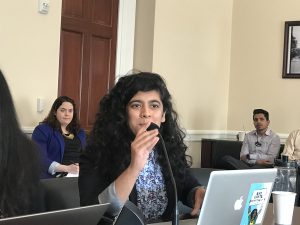 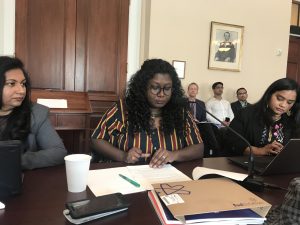 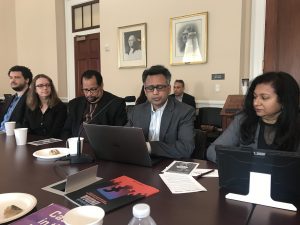 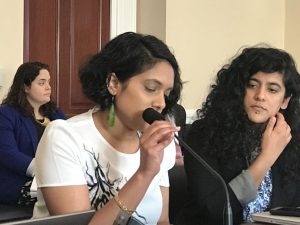 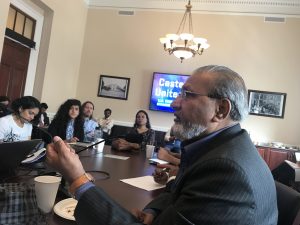 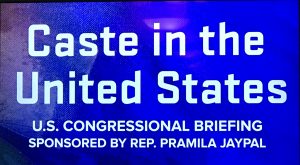