Saturday, April 20, 2019 – Silver Spring, Maryland. Hindus and Muslims gathered to talk about building bridges between the communities. There were ten from each group and carried on a purposeful discussion, followed by enlightening conversation.

Mr. Bhaya Hari and Mr. Abdul Majeed presented the attributes/names of God in Vaishnava and Islamic traditions. I learned several new points and values from their presentations.

We appreciate Anutama and Rukmini Dasa for hosting this discussion in their home and providing a delicious meal. We also thank each participant for contributing his or her goodwill to the discussion.

In my view, if we strip the rituals from the religion for the sake of understanding the purpose of faith, we will find the same wisdom emanating from the same source of the universe to create safe and secure societies.  God has created everything in harmony, and if our individualistic insecurities cause us to grab more than our share, and act as if we have more privileges than the other, conflicts erupt, and adharma takes over.  Instead of mitigating the conflicts, the human tendency is to double down on it and start the wars of getting even.

The ‘un-stated’ purpose of religion, any religion is to create societies where the invincible and vulnerable can live freely without fear of the other and to create orderly societies where people can focus on life, liberty, and pursuit of their happiness by building each other and not tearing down the other.

Dr. Sayyid Syeed shared the compelling examples of how those initial apprehensions with Jews and Christians led him to find solutions by forming relationships and understanding each other’s perspectives.  The alliance between Muslim and Jewish communities have produced incredible results in restoring relationships. He cited one of the most successful campaigns called Shoulder-to-Shoulder entirely funded by Christians to build a relationship with Muslims and standing up for Muslims. Now this year, and this Ramadan, through their efforts iftaars are being organized in over 100 churches across the nation.   He made an impassioned appeal to Hindus and Muslims to form alliances and restore trust and good relationships that we all enjoyed for a long time.

The thought of Unity has been on my mind for several years, and this appeal gives a boost to the idea, as it will be supported by the man who has made a tremendous difference in American society.

Each one of the 20 people shared their stories of the glory days when we were friends with each other, religion was never a wall and we believed Mazhab Nahin sikhata aapas may bair rakhna – religion does not teach one to have ill-will towards the other. In the last few years, the bridge of goodwill is gradually collapsing, and as Lord Krishna says, we have to restore the dharma, the righteousness back again to live without apprehensions and tensions. Everyone deserves to live freely.

I am almost tempted to write poetry based on an old Indian song by Talat Mahmood.

I am a part of Jewish-Muslim dialogue society, part of Christian Muslim groups and hope to see the Hindu-Muslim and Muslim-Sikh gatherings. The more we are together, the happier we would be. We all have conflicts based on myths as well as facts, we need to separate the chaff from the grain, acknowledge the facts and bust the myths.

At the Center for Pluralism, we conduct workshops on Atheism to Zoroastrianism so that we can learn about each other.  We also write the essence of all major festivals of all religions, so we know the celebrations and commemorations of our fellow humans. Our mission is to build cohesive societies where each one of us can feel secure about our faith, race, ethnicity, culture, sexual and political orientations. 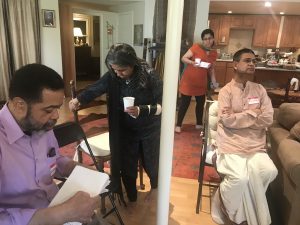 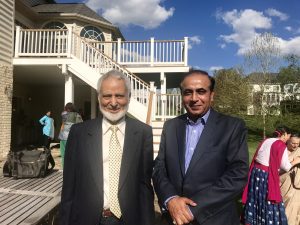 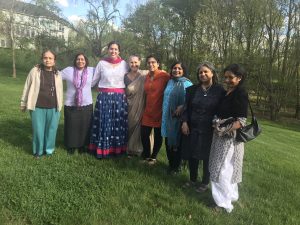 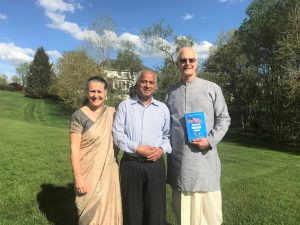 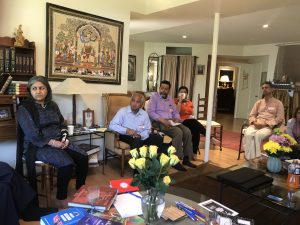 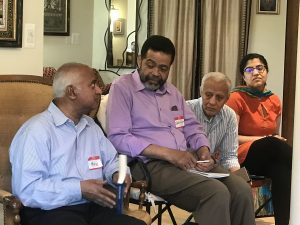 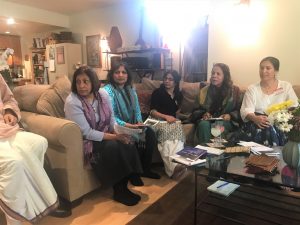 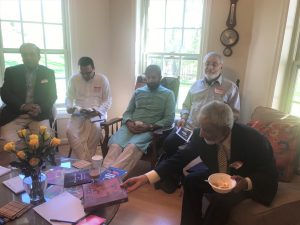