One of the most beautiful things about religions and social systems is the programs they offer to relieve the individuals from guilt, pain and conflict and give them a fresh start.  Even though the sense of guilt is intangible, its clearance sounds like the laws of physics in works.

Repentance and seeking forgiveness and or forgiving the other – releases one from the tenseness of day to day living, it is almost like flipping the switch to chase darkness and bring the light.

A guilt free individual is an asset to the society, Prophet Muhammad (pbuh) had said living a regret free life is the best way to live, it is like living in a paradise. 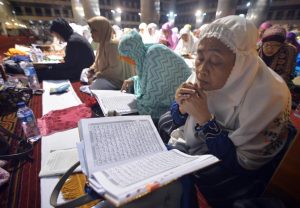 No wonder “Forgiveness” is given a great value in almost most religions, particularly in Christianity and Islam.  The dearest person to God in Islam is the one who forgives and forgives often, which is also a central theme of Christianity.

In Jainism, there is full blown 9 day festival called “Paryushan” or Paryushna, where Jains fast from dawn to dusk and seek forgiveness and forgive others to start the year with a clean slate – they greet each other “Michami Dukadam” meaning we forgive each other.

The purpose of writing these articles, “Festivals of the world” – a 20 year tradition at the Center for Pluralism, formerly Foundation for Pluralism is simply this – to see the common thread in all religions and respect all traditions for what they do to humanity – bring peace and tranquility. A majority of the people in each group gets it right and a few don’t. Every religion does magic to its believer.

Shab-e-Barat ‘at Night or Mid-Sha’ban is a holiday observed by various Muslim communities on the night between 14 and 15th of the month of Sha’ban, the eight month of Muslim calendar.   In many regions, this is also a night when prayers are arranged for forgiveness from Allah for one’s deceased ancestors.  Additionally, Twelvers Shia Muslims commemorate the birthday of Muhammad al-Mahdi on this date. Some Salafi streams oppose the recognition of Mid-Sha’ban as exceptional.

As a kid, I remember crying and seeking forgiveness for all the people I knew. There is a beautiful pluralistic prayers that every Muslim literally recites every day. It starts something like Dear God forgive my parents, and their parents, the teachers, all Muslims and all those who are alive and those who are not.  (Allahumma Mughfirli wali wali dayya, wali ustadi, wali jameeul mominoon wal mominat, al-ahyayee min humul amwat).

At the moment we are in the month of Sha’ban and the 24-hour festival of Shab e Barat is taking place TONIGHT. Shab e Barat is a 24-hour-long festival where Muslims will ask God for forgiveness for the past and seek blessing for the future.

Muslims believe that Allah takes into account their actions committed in the past and so will ask for mercy for any transgressions.

Muslim devotees will offer up special prayers and recite from the Qur’an so Allah can forgive them and their ancestors.

Many people visit the graves of their loved ones to pray for peace for their souls.

The date of Shab-e-Barat is also the birthday of Muhammad al-Mahdi, who is commemorated by Twelvers Shia Muslims as being the savior of mankind.

This year Ramadan will start on May 27 and will finish on June 24, both Saturdays.

This articles was compiled from the following sources and my own understanding.

This above articles was compiled from the following sources and my own understanding.

“Festivals of the World” is an educational series started by Mike Ghouse in 1993.

When we live as neighbors, we might as well learn about each other. The best way to build cohesive societies is for its members to understand each other’s sorrows and joys, and festivities and commemorations. 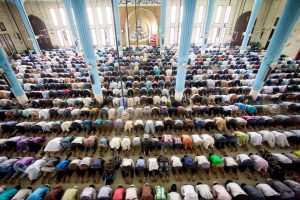 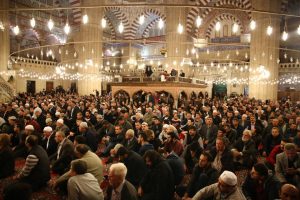 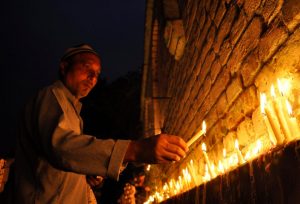 Dr. Mike Ghouse has dedicated his life to the mission of building a cohesive America. He is a pluralist, thinker, writer, activist, speaker (Islam, Pluralism, Interfaith and foreign policy) and a news maker. He offers pluralistic solutions on issues of the day. More about him in 65 links at www.MikeGhouse.net

The Center for Pluralism is committed to building a cohesive America, where no American has to live in apprehension, tension or fear of the other. Our research, educational programs and actions are designed to bring Americans together in social, political, cultural and religious settings, the more we come together and learn about each other, the more we get immunized to divisiveness resulting in fewer misunderstandings and mis-perceptions between us. We believe knowledge leads to understanding and understanding to appreciation of the otherness of others. As we move forward, conflicts fade and solutions emerge.