Happy Interfaith Mother’s Day to all the single mothers!

Article includes Mother in different religious traditions, the name ‘Mother’ in 115 languages and honoring a few women that I know and appreciate,  including my Mother and Grand Mother.

I appreciate all the mothers who have raised their kids well, particularly the single mothers and single fathers. Getting them ready to go to school and juggling between taking them to different playgrounds, day care, and work is not easy. 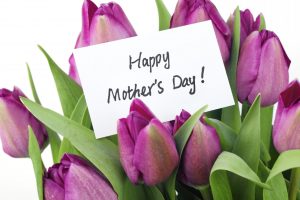 There is a lot of sacrifice made by single mothers and single fathers who are also mother their kids.  No amount of appreciation will be enough. Whatever you are today, it is because of your mother.  In the following essay I will share a few personal examples of the struggle mothers go through, and how you can appreciate them, which in turn brings you a blissful life.

Mother is the ultimate definition of selflessness! No matter what happens to the world or even her, she is there for you in your need; she recognizes your need much before you even know it. Of course every day is Mother’s day, and each one of us honors her in a variety of ways.  Just giving her a smile, a thank you, and caring to do things for her makes her happy and feel appreciated.

Mothers don’t need a whole lot; they just need to know that you care. Remember, you were showered by her attention when you needed it.

A majority of us are fortunate to have the love and affection of a mother to bless our lives. However we cannot forget the pain and anguish of men and women who were not blessed with a loving mother.  I assure you that you are a blessed one to have made it in life without mothers love, and since you missed it, it is time for you to give that love to others and restore the spirit of love within you.
I am pleased to acknowledge and appreciate a few people that I know; from my ex-wife Ella to the people I happen to know. What is common to all of them is they remained devoted to raising their children and sacrificed their own lives for the good of their children.  My sister raised her two kids to be responsible kids. Ella raised our boy and girl that we both are proud of, and they turned out to be good citizens and are leading a good life of their own.  My daughter in law is a darn good mother to her two boys, she is incredible and I wish I had raised my kids like her.

My Grandmother raised my father and aunt when she became a widow at Sixteen and never took any one’s help and raised her kids working day and night,  remaining single all her life until she was Ninety-eight.   She was an independent woman with a lot of self-respect and dignity.  Najma raised her three daughters all on her own. Yasmeen raised her daughter as a mother, father and everything.  Iffy raised her sons to be a Lawyer, Engineer and a Doctor. Idli-wali  in my home town Yelahanka raised her son to be one of the greatest engineers in India, and here in Virginia Marianne has raised her two beautiful daughters to be independent women and my list keeps growing.  I salute them all for their sacrifices and admire them for their achievements.

A person who is not grateful, and has not learned to express gratitude is seriously handicapped in living a full life.  He or she will miss out a lot, but they can change it, it is their choice to express gratitude.  It’s time to express gratitude to our mothers; it restores the spiritual balance in each one of us. In my case, on every Mothers day, I pray and write a tribute to my mother and this is dedicated to her and all the single mothers. 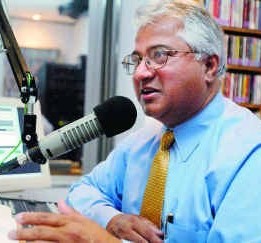 I had a radio show way back in the mid-Nineties and on Mother’s day, I took live calls for three hours.  Every one of the callers cried talking about his or her late mother and I burst out crying, not only that year but every year I did the show and I never attempted to stop myself from crying, it was worth it for my Mother.  When I visit India every fourth or fifth year, my first stop straight from the airport is at my Mother’s grave and damn it, I feel the sentiment as I am typing this line.

Life is about transactions. Each time we receive a “good” we become indebted to the giver, but when we give back to the giver or find alternate ways of giving back,  i.e.,  expressing gratitude and apologizing for the short comings.  When we do that, we regain our spiritual balance, bringing us salvation, nirvana, mukti, moksha, nijaat and freedom. Try it and see the good it does to you.

If you have tensions with her, seek her forgiveness today.  If she is not around, spend half an hour meditating about her and see the sense of completeness you feel within you.

Every religious tradition has elevated mother to nearly the status of God, because she possess many a qualities of God; kindness, merciful, beneficent and caring among thousand other qualities. Mother is the reason for our existence; sustenance, nurturance and shaping who we are. I dedicate this write-up to my Mother, and all the Mothers out there. There is a beautiful song in Urdu/Hindi language

I have not seen him (God) ever, but what is the need for it?
Dear Mother, your face cannot be different than God’s own face

Here is the song: https://www.youtube.com/watch?v=3HbmbO0b-Sc&feature=youtu.be

Thanks to this beautiful tradition of America, a day to honor all Mothers. No mother should be alone today; someone or the other must give her a call.

In the native traditions, be it American, European, African, or Asian, Mother is creator in the form of mother Earth.

Christianity and Judaism: “Honor your father and mother. Then you will live a long, full life in the land the LORD your God will give you. In Jewish tradition, your heritage is determined by your Mother, you are a Jew because of your mother.

“Diverse images of what are believed to be Mother Goddesses also have been discovered that date from the Neolithic period, the New Stone Age, which ranges from approximately 10,000 BCE when the use of wild cereals led to the beginning of farming, and eventually, to agriculture.” Wikipedia

The Baha’i faith, “For mothers are the first educators, the first mentors; and truly it is the mothers who determine the happiness, the future greatness, the courteous ways and learning and judgment, the understanding and the faith of their little ones.”

In the Hindu tradition Mother is worshiped and is represented in many attributes like Ma Saraswati (source of knowledge), Ma Lakshmi (source of income) and the likes… Mother’s face is equated with God’s face, a song celebrates Mother by saying, if I have seen your face mother, and I have seen God.

Sikh’s consider God as a parent, a mother and a father. Guru Granth Sahib advises “Always remember the boundless, limitless God, remembering whom all our sins are destroyed. My son, this is a mother’s prayer for you.”

Prophet Muhammad was asked by his associates, who are the most important person in one’s life – he says, “Mother”; they ask again, the answer was “Mother again” and same response was given for the third time, such is the importance given to mother. He said, your heaven, your paradise and your peace of mind comes to you by serving your mother.

You will find mother is placed at the highest spiritual level in all religions or non-religious traditions and life forms. Those who have a mother to see, you are the blessed one, those who don’t, you have her blessings.

“Paradise is under the feet of your mother” is the mantra probably every Muslim recites and it is part of Hindu, Sikh, Jain and South Asian culture as well. The idea is of gratitude, if you are grateful to you mother, then you would be grateful to the creator and other benefactors around you.

In 2001, my Mother passed away in one of the most beautiful manners one could embark on, the eternal journey; a clean slate with no loose ends. She was incredible; she tied all the loose ends before she took her last breath, she called every one and cleared the air and said goodbye that was the biggest lesson of my life; to tie the loose ends. The Jain tradition calls it Michami Dukadam.

I guess, all of us kids and her grand kids turned out that way; boundless. No barriers between us and another soul and our relationships have always been multi-cultural and multi-religious. Thanks Mom for pounding those values in our hearts and minds.

I called my mother, “Amma” and at times “Ammi” while addressing her it was Ma.

Mike Ghouse is committed to building cohesive societies and offers pluralistic solutions on issues of the day- all about him at www.MikeGhouse.net and www.Centerforpluralism.com