It is difficult for some of my friends and acquaints to see me with ‘some’ people, some appreciate it but some go ballistic and judge me by my company. 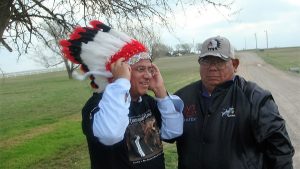 Some people did not want to invite me to speak or join them in their parties, because they thought I was a right wing guy just because I am on Fox News and with Hannity. Shame on them,  they have never seen the show and have not heard what I say, yet they have judged me by who I am with.

Back in Dallas, many a Muslims thought I was a Hindu just because I have been writing about Festivals of the world for nearly 20 years (of all religions), and there are more festivals that Hindus celebrate than any other group of people and I have written about them. In fact the then Hindu Temple President Dr. Phillip Ramsaroop had called me an honorary Hindu.  The funniest moment came in July 1996, when the trustees of the Mosque advised Imam Kavakci, who was my friend, and was on my Radio show,  not to officiate the Nikah with my late wife if I did not convert.

In 2009, I organized a conference for Muslims for peace and Justice, of which, I am still a member along with Edip Yuskel, the modern translator of the Quran. One of the attendees was from Egypt, he made a big deal about meeting with me, he said, he routinely translates my articles into Arabic and posts them in sites in Egypt and Saudi Arabia. He uncontainable with his happiness, and finally said something funny – “it is Jewish brothers like you who have understood Islam thoroughly” I looked behind me to see who he was referring to, he said you. Then I said, I am happy to hear that, but I happen to be a Muslim. He looked puzzled, and said, really?

On my Radio show, I did talk about every faith with no exception,  that is 700 hours of talk shows just on understanding each faith. However, the Buddhist and Bahai’s were few and at times did not make it to the studio, so I gave a talk on Buddhism and Baha’i, as I know enough about them to teach.  Many of my late wife’s friends thought I was a Buddhist, indeed, they had congratulated her for converting me to Islam.

In one of the commemorations where a Jewish school was destroyed in Bombay, India – the India Association held the vigil on a Saturday was against my suggestion, and I could not get any Jewish friend to attend for the interfaith prayers, but they asked me to go ahead and recite the prayers I had recited a few years ago. When my turn came,  I read the Jewish prayer…  the gossip started immediately, “See, I told you, he is a Jew”.

I have attended Gay and Lesbian Marches, dinners and fund raisers, and in one of the events at Love Field in Dallas; perhaps I was one of the few straight guys there.  I saw an Indian, hiding and running away from me as if I am going to announce his identity to other Indians.   I walked up to him to his discomfort, and he asked me if I was a gay, I said no, but I am here for my friends and I have no desire to tell any one about it, it is not my business. If he is gay, he is gay, so what? I left him pondering about his need to live his life openly.

I am truly blessed to have friends from most walks of life and when I meet people, I do not look to them with stereotyped lenses, they are individuals like me. But when I learn about them as individuals, either I will continue or cool off with them, if there is no way to carry a dialogue or if they are cast in stone.

Fortunately, with a few exceptions, no one has kept me away because I am a Muslim and no one’s religion or practice has been a barrier to me.  I respect the otherness of others and accept the God given uniqueness of each one of us.  I am comfortable with every group of people and I am at home wherever I am.  Is this difficult? No, it is rather easy – all you have to do is remove all prejudices you may have towards others based on the group, based on bad experience, you can ignore the individual.  One of the greatest lessons of my life is – Jesus’ wisdom; don’t condemn the sinner, condemn his sin and that is the basis of my ease with every human being. 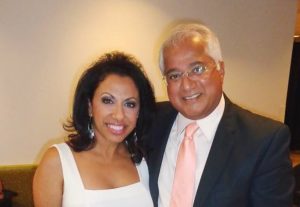 I am friends with and get along with every one. There is not a soul I would not reach out to, particularly those who appear to be polarized. This picture is with Brigitte Gabrielle,  I disagree with her take, but have no problem being with her, Pamela Geller, Peter King and the whole list of them. I have met them all. They are like me and you, and go by the information they have received, which is incomplete. I will do my best to communicate to them what I know. If they get it fine, and if they don’t, I need to let that go.

Prophet Muhammad (Pbuh) is one of my 10 mentors* and once he was frustrated that people were not getting his message and calls on God to seek his advice. God tells him to do his duty to teach the righteousness, and it is up to the people to accept it or not, and he may choose to guide them, but don’t look for instant results. Indeed, that is what Krishna tells Arjuna, do the dharma and let the lord decide upon the fruit.  That is very comforting to me and I do my dharma.

I believe, every one acts and talks based on the information he or she has, most of us are knowledge deficient about others and become judgmental about them. We all have to take the time to question our biases and prejudices about others, and when we free ourselves from it, we would be truly free. This is precisely what Prophet Muhammad meant when he called for Jihad, which a few among Muslims have erroneously understood to wage a war against others.  We have to reign in our temptations to have ill-will, hatred, bias and malice towards others; it will bring serene sustainable happiness to us.

May you be blessed and don’t judge others without knowing them personally, there is a lot of good in it for you.  Amen!

My relations with each people from Atheist to Zoroastrians is marked by great experiences and one of these days, I will update this with all the experiences being with people of different faiths, races and regions.

So, please don’t judge me if you see me with scum (to others)  of the earth or a great human like Pope Frances, I remain me.

Dr. Mike Ghouse is a speaker on Pluralism, Interfaith, Islam, politics, terrorism, human rights, India, Israel-Palestine, motivation, and foreign policy. A community consultant, pluralist, social scientist, thinker, writer, activist, news maker and an Interfaith Wedding officiant . He is committed to building cohesive societies and offers pluralistic solutions on issues of the day. Most of the words are linked to his work, and please visit him at www.TheGhousediary.com and www.MikeGhouse.net