Atheists:  Number of Americans with no religious affiliation is rising

My commentary on the article appended below.  I wrote a piece about Atheist some years ago, and have done the touch up again at https://centerforpluralism.com/hell-fire-knocks-evangelicals-and-muslims-out-of-the-flock/

Exclusion is one of the items that break the societies. Once, I was denied membership in a multi-faith organization; they did not have a pigeon hole for me, an Atheist, in 1996. That’s when we formed the Pluralism organization to include every human except Cannibals; we would add them if they don’t us before we bring them aboard.

Inclusion is powerful, exclusion is bad for the society, and that is one my lifelong fights.  Toyota played a commercial during the Super Bowl this year, though it was inclusive, it excluded many others including Hindus. It was not that difficult to be inclusive.  Now, I read this piece and appalled at the absence of statistics for Hindus. They could have prefaced it; instead, it appears that they excluded it.

Two years ago, I was at a Jewish celebration on the steps of Lincoln Memorial, probably I was the only non-Jew there, but during the talk, the Rabbi mentioned Muslims as a normal conversation.  That is the kind of language we need to develop about fellow Americans, all Americans.

Of course, I do not expect to include all the 250 some religious traditions in the United States, but a well-defined report on top three, five or ten would have made sense.   We need to bring awareness to these flaws, hoping and praying, we all will speak the language of inclusion.

The Number of Americans with No Religious Affiliation Is Rising

The rise of the atheists 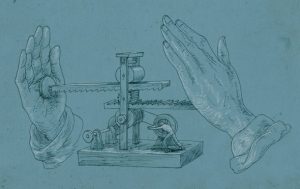 In recent years much has been written about the rise of the “nones”—people who check the box for “none” on surveys of religious affiliation. A 2013 Harris Poll of 2,250 American adults, for example, found that 23 percent of all Americans have forsaken religion altogether. A 2015 Pew Research Center poll reported that 34 to 36 percent of millennials (those born after 1980) are nones and corroborated the 23 percent figure, adding that this was a dramatic increase from 2007, when only 16 percent of Americans said they were affiliated with no religion. In raw numbers, this translates to an increase from 36.6 million to 55.8 million nones. Though lagging far behind the 71 percent of Americans who identified as Christian in the Pew poll, they are still a significant voting block, far larger than Jews (4.7 million), Muslims (2.2 million) and Buddhists (1.7 million) combined (8.6 million) and comparable to politically powerful Christian sects such as Evangelical (25.4 percent) and Catholic (20.8 percent).

This shift away from the dominance of any one religion is good for a secular society whose government is structured to discourage catch basins of power from building up and spilling over into people’s private lives. But it is important to note that these nones are not necessarily atheists. Many have moved from mainstream religions into New Age spiritual movements, as evidenced in a 2017 Pew poll that found an increase from 19 percent in 2012 to 27 percent in 2017 of those who reported being “spiritual but not religious.” Among this cohort, only 37 percent described their religious identity as atheist, agnostic or “nothing in particular.”

Even among atheists and agnostics, belief in things usually associated with religious faith can worm its way through fissures in the materialist dam. A 2014 survey conducted by the Austin Institute for the Study of Family and Culture on 15,738 Americans, for example, found that of the 13.2 percent who called themselves atheist or agnostic, 32 percent answered in the affirmative to the question “Do you think there is life, or some sort of conscious existence, after death?” Huh? Even more incongruent, 6 percent of these atheists and agnostics also said that they believed in the bodily resurrection of the dead. You know, like Jesus.

What’s going on here? The surveys didn’t ask, but I strongly suspect a lot of these nonbelievers adopt either New Age notions of the continuation of consciousness without brains via some kind of “morphic resonance” or quantum field (or some such) or are holding out hope that science will soon master cloning, cryonics, mind uploading or the transhumanist ability to morph us into cyber-human hybrids. As I explicate in my book Heavens on Earth, I’m skeptical of all these ideas, but I understand the pull. And that gravitational well will grow ever deeper as science progresses in these areas—and especially if the number of atheists increases.

In a paper in the January 2018 issue of the journal Social Psychological and Personality Science entitled “How Many Atheists Are There?”, Will M. Gervais and Maxine B. Najle, both psychologists at the University of Kentucky, contend that there may be far more atheists than pollsters report because “social pressures favoring religiosity, coupled with stigma against religious disbelief…, might cause people who privately disbelieve in God to nonetheless self-present as believers, even in anonymous questionnaires.”

To work around this problem of self-reported data, the psychologists employed what is called an unmatched count technique, which has been previously validated for estimating the size of other underreported cohorts, such as the LGBTQ community. They contracted with YouGov to conduct two surveys of 2,000 American adults each, for a total of 4,000 subjects, asking participants to indicate how many innocuous versus sensitive statements on a list were true for them. The researchers then applied a Bayesian probability estimation to compare their results with similar Gallup and Pew polls of 2,000 American adults each. From this analysis, they estimated, with 93 percent certainty, that somewhere between 17 and 35 percent of Americans are atheists, with a “most credible indirect estimate” of 26 percent.

If true, this means that there are more than 64 million American atheists, a staggering number that no politician can afford to ignore. Moreover, if these trends continue, we should be thinking about the deeper implications for how people will find meaning as the traditional source of it wanes in influence. And we should continue working on grounding our morals and values on viable secular sources such as reason and science.

This article was originally published with the title “Silent No More”

Michael Shermer is publisher of Skeptic magazine (www.skeptic.com) and a Presidential Fellow at Chapman University. His new book is Heavens on Earth: The Scientific Search for the Afterlife, Immortality, and Utopia (Henry Holt, 2018).