TERRORISM BEGINS AT HOME – THERE IS A CURE

Ask a child who is constantly beaten and or verbally abused by his father, what will he/she do if he gets a chance? Ask a woman who is harmed emotionally and physically, what could she do in an intense moment, if she is pushed to a corner? Ask a man who is betrayed by his friend and ask a disgruntled employee, what they will do? Ask a teen whose parents have been shot in his presence or they have been forcibly evicted from their own home, what they will do? 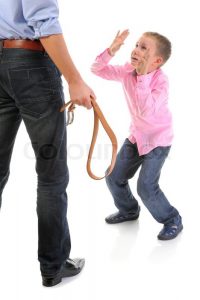 When oppression and injustice persist, the idea of revenge takes birth and if the world around them does not offer solutions and justice, it festers. If the world doubles down on them, it takes away all the ho

Each one of them is waiting for the vulnerable moment to get even from mere ridiculing to punching the abuser, if it is unbearably really, really hurt.pe to live a better life, it can lead to terrorism which will envelop every one including those who remained silent.

Take any extremist movement in the world, injustice is what gives them birth. If a nation, society or the head of a family further terrorize the powerless it results in revolt against the oppressor/ abuser leading to terrorism. We can blame all we want to blame, but the fact remains – they have no choices to get out of the situation, in the end, everyone will bear the burden. Terrorism continues until we give hope to the people and give them options to get out of it.

To control terrorism, we the ‘civilized’ have several options, and the worst option is to become terrorists ourselves and terrorize the terrorists. This will merely increase terrorism; the solution is not counter-terrorism, but justice.

Both the terrorizer and terrorized live in fear and apprehensions for ages.  Israelis and the Palestinians will live in insecurities for generations to come,  no amount of military power will give them the security unless there is justice to the Palestinians. What they need is dialogue, not building walls and Iron Domes. Imagine the kind of population that evolves out of living in constant fear.

If the world does not solve the Rohingya problem and they are burnt and killed in broad daylight, Myanmar will be in flames for a long time to come, the brutal dictators will be forced to live a guarded life fearing who will shoot them down in their vulnerable moments.

MKL had said, injustice in one place is injustice everywhere.

Hold your breath, find what caused it, find a solution and not go on the binge to terrorize the other. Justice restores trust in the society and gradually everyone will feel safe and secure. Animals annihilate the other animals, humans ought to dialogue and find a solution.

What is the antidote to terrorism? Terrorism is born when oppression, occupation, and injustice continue unabated. The one way to eliminate terrorism is to seek justice to the aggrieved party. It is in the interests of strong to bring justice, not the oppressed.

Please remember a majority of humans are like the electric stoves, they don’t get turned on or off on the flip of the switch like the gas stoves. Any change must be given ample time.

If we can learn to respect the otherness of other and accept the uniqueness of each one of us, then conflicts fade and solutions emerge.

Justice is the only thing that brings peace, harmony, and restores trust in the society.

Mike Ghouse is committed to building cohesive societies, where no human has to live in apprehensions or tensions. His research and applications include pluralism in religion, politics, society, culture, and cuisine at the Center for Pluralism.  He offers pluralistic solutions on issues of the day.
Center for Pluralism