I am thankful to our veterans, and the men and women in uniform, who risk their lives in defending our freedom and guarding our safety. I have always made a point to salute them, and certainly appreciate the Memorial Day.  I have made trips to the DFW Airport to welcome the returning soldiers as well.

I am honored to be related to General Robert E Lee through my Son and Daughter, he is their great, great, great uncle through their mother and I have stopped at his statute in DC to pay my tribute to his heroic role in the civil war. 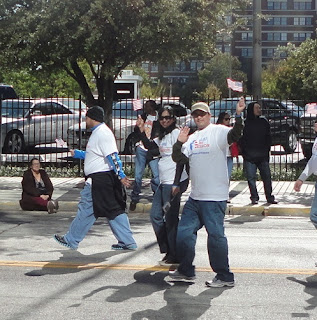 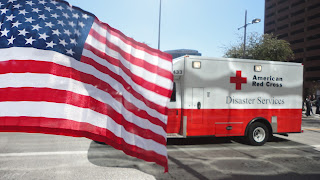 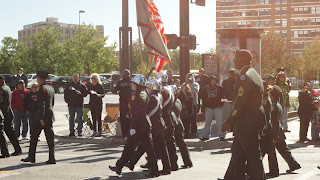 It was a joy to see this young man Syed Ghalib with his wife Ashreen Ghalib in the parade (top picture). Ghalib has served in the US Airforce in the mid to late nineties, indeed, he was one of the first Desi Kids (People from south Asia comprising India, Pakistan, Bangladesh, Nepal and Sri Lanka) in the Dallas Fort Worth Metroplex to have served, I was proud of him then, and am proud of him now watching him march in the parade. At that time, I was a publisher of Asian News, a weekly magazine in Dallas and wrote about Ghalib on the front page. He is here again on my facebook and my blog, he is the headline picture in the parade for me, and the Immigrants from South Asia.  I dedicate this note to all the veterans and Ghalib.

In the first fourteen years in Dallas, I pretty much stayed to myself, my family and business and did not get out and meet any Desi on a social basis. After 14 years of Vanvas (culturally, the number 14 signifies Vanvas;  Ram, the Hindu King in epic Ramayana was exiled to forest for 14 years) in the United States, I met Syed Talib, Ghalib’s father, one of the first few Desi’s I met. He invited me to celebrate Ramadan with his family, and finally, I got to eat my favorite Seviyaan (angel hair noodles) after nearly 14 years.  So Ghalib and his family remain dear to me, even though I don’t get to see them in years.

The previous write up was dedicated to three of my friends and my brother in law Noor Mohamed; an India Army Veteran.  Colonel Yogeshwar Dayal and I have learned to respect each others’ views on the face book for over two years; he has served the Indian Army. Colonel Sher Suleman was in Dallas several years ago and is a participant in one of my forums and he simply floors me with this wisdom on issues,  and he has served the Pakistani Army. Colonel Ken Scarborough has served the US Army, he and I have worked together some 15 years ago at my Company, and now we are friends on facebook and have learned to be respectful of each other’s opinions, both of us are Republicans but he is on the conservative side and I am on the moderate. We write things that are not palatable to each other, but our friendship does not allow the politics become a barrier, it is a good thing. Their comments are included at  http://theghousediary.blogspot.com/2012/11/veterans-day-parade-meadowmere-park.html
Thanksgiving is coming up within ten days; please plan on making the day, a good one for you and the people around you. If you have the time, please visit planning the thanksgiving at http://theghousediary.blogspot.com/2012/11/thanksgiving-planning.html

I appreciate the veterans all around the world, even if they are enemies of my nation, they are really not our enemies, they are simply serving and doing what is asked of them. We have to admire them for fulfilling their duty. The wars are waged by politicians and not the soldiers, and as a part of civilization we need to put a leash on our politicians, but must continue to honor our veterans. It is not easy to be out on the field, away from their loved ones, and having their back for the fellow soldiers.

MikeGhouse is a speaker, thinker and a writer on pluralism, politics, peace making, foreign policy, Islam, interfaith, and cohesion at work place or social settings. He is committed to building a Cohesive America and offers pluralistic solutions on issues of the day at www.TheGhousediary.com. Mike has a strong presence on national local TV, Radio and Print Media, and is a frequent guest on Sean Hannity show on Fox TV, and a commentator on national radio networks, he contributes weekly to the Texas Faith Column at Dallas Morning News, fortnightly at Huffington post, and several other periodicals across the world. His personal site www.MikeGhouse.net indexes everything you want to know about him.