ISIS used the same technique as Veer Savarkar, the fountainhead of extremists ideology among Hindus.  What ISIS did to Yazidi and Christian women was already set in motion by the Hindutva.  “Vinayak Damodar Savarkar, in one of his books Six Glorious Epochs of Indian History clearly explains why raping of Muslim women is justifiable and not to do so when the occasion permits is not virtuous or chivalrous but cowardly. ”

Let this be crystal clear – Hinduism, Islam, Christianity, Judaism are great religions of the world, they teach one to be a good human being, but these outfits Hindutva (RSS). ISIS, Islamists and its variants, Neocons, and extremists among Jews are not the same. They are two completely different things. The moderate in each religion need to make a declaration that these are not people of religion.

Savarkar’s Sanction to Use Rape as Political Weapon 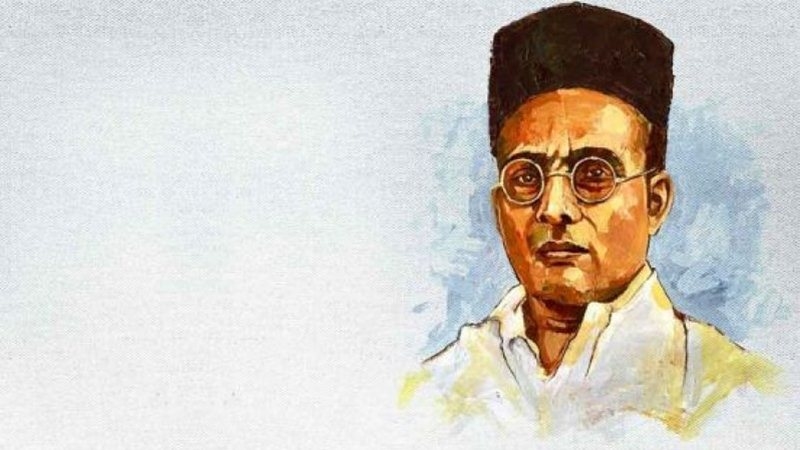 The barbarism of the eight Kathua accused who conspired to abduct, rape and murder an eight year old girl, hiding her in a temple for three days, has shocked India. There have been widespread protests across the country and outraged calls for speedy justice. One fact that seems to be getting slowly air-brushed out of the picture is this: the conspiracy to abduct the Bakerwal (a Muslim nomadic tribe) girl was planned and executed by these men with the express purpose of getting rid of the Bakerwals from that neighbourhood. However you slice and dice it, the fact remains that it was a Hindu fanatic conspiracy against a Muslim community. It was the ultimate expression of the poisonous hatred sown and fostered by the Sangh parivar in the minds of the Hindu community in the Jammu region over the years.

It was because of this connection that RSS/BJP supporters, in the garb of the Hindu Sena, held protests when the accused were arrested, that lawyers prevented chargesheet being filed in the Sessions Court in Kathua, that a Jammu bandh call was given (though it flopped), and that two BJP ministers attended a rally in support of the accused.

There is a similarity between Kathua to the other case in Unnao, where the victim was not a Muslim but the accused is an elected MLA of the BJP. The similarity lies in this immediate rallying of support to rapists and murderers, attempts to disrupt the due course of law, diversionary tactics and use of political power to shield the guilty.

But it would be doing injustice to Asifa – and the rape victim in Unnao – if this is merely seen as some perverted, power-crazy men acting with impunity, some kind of lunatic fringe gone wild. The ideology of rape as a tool of exercising power over political or other opponents, or as a weapon to advance one’s ideology through force has been imbued in the Sangh Parivar by none other than their adulated icon ‘Veer’ Savarkar. He is referred to every so often by RSS and PM Modi himself went to lay flowers at his portrait that now adorns the Central Hall of Parliament thanks to Atal Bihari Vajpayee who got it installed back in 2003 when he was the prime minister.

Vinayak Damodar Savarkar, in one of his books Six Glorious Epochs of Indian History clearly explains why raping of Muslim women is justifiable and not to do so when the occasion permits is not virtuous or chivalrous but cowardly. (See Chapter VIII of the online editionmade available by Mumbai-based Swatantryaveer Savarkar Rashtriya Smarak)

Savarkar explains at length that Hindus in the past had suffered from a ‘suicidal’ (para 452) sense of virtuousness and chivalry in showing mercy towards Muslim women by letting them off easily. He gives examples (para 450) of such famous figures as Chhatrapati Shivaji who reportedly let off the daughter in law of Muslim governor of Kalyan, and Peshwa Chimaji Apte who similarly allowed the wife of Portuguese governor of Bassein to leave unscathed.

In passionate tones Savarkar argues that since Muslim oppressors had been punishing Hindu women, the same treatment should be meted out to vanquished Muslim women by Hindu victors.

“Once they are haunted with this dreadful apprehension that the Muslim women too, stand in the same predicament in case the Hindus win, the future Muslim conquerors will never dare to think of such molestation of Hindu women,” he writes (para 451).

He argues that had Hindus adopted this policy of ravishing Muslim women from earlier times, their condition would have been far better than today:

“Suppose if from the earliest Muslim invasions of India, the Hindus also, whenever they were victors on the battlefields, had decided to pay the Muslim fair sex in the same coin or punished them in some other ways, i.e., by conversion even with force, and then absorbed them in their fold, then? Then with this horrible apprehension at their heart they would have desisted from their evil designs against any Hindu lady.” (para 455)

Apart from the erroneous notion which “every Hindu seems to have been made to suck, along with his mother’s milk” (para 429-430) that religious tolerance is a virtue, Savarkar also identifies the “foolish notion” among Hindus that to have “any sort of relations with a Muslim woman meant their own conversion to Islam” (para 453) as the reason for avoiding raping them. He writes that this notion restrained Hindu men from punishing “Muslim feminine class” (para 454).

In case somebody starts feeling sympathetic towards Muslim women, Savarkar takes us on an unsubstantiated ride through all the wrongs that Muslim women have committed which include enticing Hindu girls and sending them to “Muslim centers in masjids and mosques” and generally supporting Muslim men in their violence against Hindus.

This is the kind of stuff RSS and its fronts have been propagating over the years and Veer Savarkar remains a much admired hero among Sangh parivar followers. It has inspired Hindu rioters to commit horrendous atrocities on Muslim women in Gujarat (2002) and Muzaffarnagar (2013), and many others.

So, for the rapists and murderers of Kathua or Unnao, whatever be their psychological compulsions, the ethical and ideological sustenance is drawn from none other than Veer Savarkar. Small wonder that it becomes so difficult for the Sangh Parivar to condemn them or take action. Small wonder that the list of BJP/Sangh members committing crimes against women goes on extending.