Kahtua and Annua –  an 8 year old girl was gang raped and brutally murdered in India. 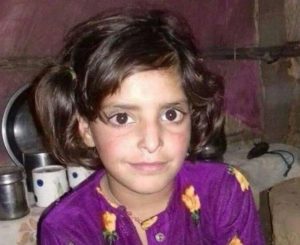 My first response was, “All the mothers and fathers who have a daughter are apprehensive. Unless the criminals are punished swiftly, the trust in society will be hard to restore. I hope the Prime Minister and Chief Ministers of each state jointly announce zero tolerance and severe punishment to criminals who hurt innocent people. If they don’t, we need to harass them to do it.”

I urge Muslims and Hindus to feel the pain together and never let the divisive crooks pit Hindus against Muslims and vice-versa.  Let them be the losers and not the general public.

This tragedy has united most of the Indians except a few ugly men from the ruling party. These men have lost all sense of morality.  Mr. Modi, the Prime Minister of India, made out of the same cloth as Mr. Trump and remained silent for two days after the two rapes and murders.

These men; Modi and Yogi, the Chief Minister of Uttar Pradesh cannot understand the pain of the families when their daughters and sons are hurt,  as they don’t have families to care for. I hope India passes a law that one should be married and have at least one child to run for public office.

Prathiba Prahlad of Delhi has expressed her outrage, that most of the people relate with.

“I’m sick in the pit of my stomach & in deep deep anguish ! Just imagine what horrendous pain , fright & brutality little baby Asifa would have gone through! I’m ashamed of our politicians , I’m ashamed of our society , I’m ashamed of myself & my helplessness ! I wish I didn’t live to see this day ! India – hang your head in shame … so many of our children , adolescents & youngsters are brutalised every other day ! And we call our land a holy land ??? A holy land filled with ugly , twisted , violent , brutal , heartless, soulless psychos who commit beastly crimes in the name of religion , caste , honour or just because they view the innocent & the vulnerable an easy prey ??? This land can never be holy unless justice is done to these innocents – unless laws are amended , justice is fast tracked & the guilty are castrated , tortured & publicly killed … they don’t deserve a trial for gods sake – even at the risk of being termed undemocratic !”

Ravi Krishna Pain knows no boundary. Lawyer Deepika Singh Rajawat has taken up Asifa’s case in the court despite threats from J&K Bar Assn. It was also the impartial probe by SSP crime Ramesh Kumar Jalla that led to the filing of the exhaustive charge sheet in the case much before the 90 days deadline. Some hope.

Finally Modi and Yogi Spoke, they had no choice, they saw the public was outraged,  and they ‘had’ to speak out, not because they wanted to. Both of them have a bad record on quelling conflicts.

What we need is sane voices – and not make this into a Hindu and Muslim conflict which the politicians would want to gain votes.  In the last two months, we had two fathers, two great heroic fathers in India, who both lost their sons to hate by Hindus and Muslims each, but the patriotic fathers urged the politicians to keep calm and do not pit one group of Indians against the other.  I hope Modi honors them as heroes of India.  More at http://mikeghouseforindia.blogspot.com/2018/04/a-way-out-of-hell-forgive-them-for-they.html

Rape has no religion