Pluralism is an attitude of “Respecting the otherness of others” and “accepting the God-given the uniqueness of each one of us.” You are who you are and I am who I am, neither one of us has to compromise the uniqueness of our faith, race, culture, nationality, and language.  Our purpose is to acknowledge the differences and live with least conflicts.  Pluralism News is the weekly publication of the Center for Pluralism.  You can access this anytime through www.PluralismNews.com.

We will be happy to speak to your congregation, students, friends. We can conduct a workshop in building a cohesive community, workplace or a society.  Pluralism does not mean compromise or appeasement; it is simply a development of an attitude for living with others with least conflicts.  Please email to Mike@CenterforPluralism.com

A friend has a good idea; Ms. Parikh of Washington DC suggests that instead of making “April fool” plant at least one tree and make “April Cool”. If you cannot do that, do something to preserve nature and its systems.

This is a festive weekend,  to read more about it, please click the link

A list of April Festivals, each week you will find a summary of the festivals of the week – https://centerforpluralism.com/festivals-of-the-world-april-2018/

It is all in a Summary form at https://centerforpluralism.com/what-do-we-do-at-center-for-pluralism/

Governor Sam Brownback of Kansas is America’s Ambassador-at-Large for religious freedom around the world.  In each meeting, he provides 5 minutes time to as many participants as possible within the given time to summarize the situation they are working on.  He is meeting with a group of activists from across the political, social and religious spectrum. I believe he is a go-getter and will get a few things done.  He is a conservative but strongly believes in religious freedom and I have come to admire him.  About Ambassador Brownback at – https://centerforpluralism.com/ambassador-for-religious-freedom-governor-sam-brownback/

The issues I am working with him are:

If anyone is ‘sincerely’ interested in learning about any issue, please send an email.

ARTICLES TO REFLECT UPON:

Hell Fire knocks a few Evangelicals and Muslims out of the flock.

The Evangelical Congregations are dwindling in numbers, and now, the mosque-going Muslims are also declining in numbers per the latest Pew Survey. Even though the percent is small, there is a trend and how can we slow down the exits is the theme of this essay. https://centerforpluralism.com/hell-fire-knocks-evangelicals-and-muslims-out-of-the-flock/

The Author of the article, Marrewa Karwoski writes, “In the early-modern period when competitions for spiritual superiority were common to attract followers and gain patronage..”  I was stuck on the phrase ‘competitions for spiritual superiority.’ It took me back to the late 90’s – when I took my teen daughter to every place of worship and when I took her to the Baptist Church on Lavon Road in Garland, Texas, I suggested to her – continued at https://centerforpluralism.com/religious-pluralism-historical-attempts-to-syncretize/

For example, the participation rate in Casablanca’s local elections was only 28 percent. To improve these metrics, Morocco should develop institutions that incentivize entrepreneurship, which could in turn create jobs and foster stability. The country also needs to decide whether it will seek a constitutional understanding between secularists and Islamists as an alternative to its current government. https://breakingenergy.com/2018/03/29/promoting-political-pluralism-in-the-middle-east/

While Albania’s media scene is often described as having many problems – the presence of many outlets in the market has often been welcomed as a guarantee of a wide variety of views. However, a new report on media ownership and pluralism, published this week in Tirana by Reporters Without Borders and BIRN Albania, shows the perception of the market as vibrant and diverse is more illusion than reality. http://www.balkaninsight.com/en/article/report-shatters-myth-of-albania-s-media-pluralism-03-16-2018

The Jewish and Muslim customs mirror each other. Of course, Islam adopted most of the Jewish traditions and the Prophet Muhammad made sure that Islam was not a new religion but an extension of previous beliefs. Indeed, most religions have evolved from same needs of the society. A mother in Swaziland or Switzerland, China or Chile, Arabia or Argentina knows precisely what to do to calm her child. The wisdom evolves. https://centerforpluralism.com/jewish-burial-practices-are-repeated-by-muslims/

We meet today to take part in the celebration marking the Feast of the Annunciation… considering the common denominators between Islam and Christianity, and believing that our success will only be attained through the success of everyone despite their various cultural backgrounds and ideologies.” http://www.jordantimes.com/news/local/muslims-christians-hold-joint-celebration-annunciation

In India today Islamic and Hindu monuments dominate the landscape. Should they be juxtaposed or should there be an attempt to place each of them in the larger context where their relationship to each other and to the many more cultural items can be observed? Many today, either out of ignorance or for reasons of political ideology, propound theories that can only be called ridiculous—such as, that the Hindus have been victimized by Muslim rule and have been slaves during the last thousand years. The degree of ignorance contained in such a statement is astonishing because it is actually a denial of the most effective, evocative and cherished religious articulations in various facets of Hinduism that took place during the last thousand years. https://qz.com/1232098/what-is-indias-national-culture-historian-romila-thapar-says-it-is-both-hindu-and-muslim/

Classrooms must aim to influence how students interact with others and choose to contribute to the world. Through open and deliberate collaboration and dialogue with people from varied cultures, languages and values, students should be encouraged and expected to make a positive impact on those around them.  https://centerforpluralism.com/the-aga-khans-visit-to-houston-reminds-us-that-a-pluralist-society-begins-in-the-classroom/

Who should Indian Muslims Vote?

India’s problem like any other nations’ problem is Majoritarian arrogance. A few among the majority feel threatened that their way of life is going to disappear. The solution is not killing, maiming, harassing, lynching, raping and showing the other their place; it will aggravate the situation further. http://mikeghouseforindia.blogspot.com/2018/03/who-should-indian-muslims-vote.html

Marriage is indeed an expression of a commitment to s relationship between two individuals.  The men and women who take the bold step to become one regardless of their origins, faiths, races, and ethnicities must be applauded. They are setting an example of how to live in harmony despite their differences.  Interfaith marriages are becoming the new norm of the society. In a few years, one out of two marriages would be of interfaith. Yes, this is across the board, whether you are a Muslim, Jew, Hindu, Christian, Sikh, Baha’i, Atheist or the other. According to the Pew survey, 40% of people of faiths will be marrying a person of another faith; it is higher among Jews, it is 50%. Details at – www.InterfaithMarriages.org

DONATE
We are a non-profit organization and your donations are appreciated. All that work takes time and we have to pay for the same. Please donate https://centerforpluralism.com/donate/ 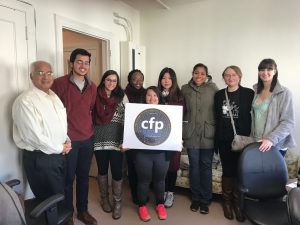 Students from East Tennessee State University visiting the Center in DC to learn about Pluralism in religion, politics, society, culture, and business. 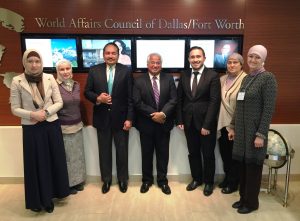