Forty people have been shot dead and 20 injured. The tragedy in New Zealand invokes Muslims to follow the Prophet, Muhammad.

The man was called a Mercy to humanity, and his words, deeds, actions, and prayers reflected his character; mercy.  Many Muslims proudly keep the beard believing it was the tradition of the Prophet. Indeed, it was, now it is time to follow his teachings of non-violence in dealing with conflicts. 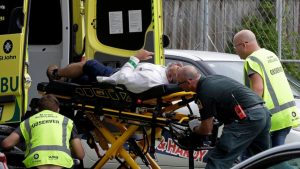 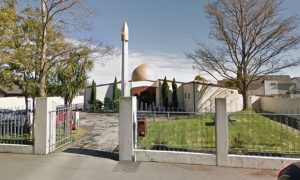 There are innumerable examples of forbearance, forgiveness, and kindness of the Prophet (PBUH) toward those who insulted and even tried to harm him. He believed in peace and employed non-violent methods to mitigate conflicts and nurture goodwill.

One of the most famous stories often repeated is about an old lady who threw trash on the Prophet every time he passed in front of her door. One day, the lady did not throw garbage, concerned, he knocked on her door to see if she was all right and needed any help. Overwhelmed with kindness, she became a great fan of him.

Another story narrated just about every sermon is how he dealt with those who hurt him.  On the way to the city of Ţā’if, the Prophet was pelted with rocks by the miscreants. His associates wanted to retaliate, even the archangel Gabriel offered to help bring relief to the situation. The Prophet said no to all of them. Instead, he asked his associates to join him in asking God to forgive them because they knew not.

What was the need for the Prophet to have endured such painful experiences? It was to guide humanity toward kindness and shape long-term solutions for peaceful communities and the greater good of the society at large. He was committed to mitigating conflicts and nurturing goodwill; indeed, he was the ultimate peacemaker, mercy to humanity.

I appeal to Muslims to reign in on the lost souls who are burning with the desire to punish and harm the individuals who have hurt them. Indeed, the Prophet was asked after returning from a victorious battle, what is next? He said, Jihad, the biggest inner struggle you have to go through to rein in on the temptations to beat up on the losers, to get even and take advantage of their vulnerabilities. That is the kind of reflective Jihad prophet taught to follow.

As Muslims, we need to keep his message of kindness alive and bring to fruition what he was all about— Rahmutul Aalameen. If we misbehave, people may mistake our ugly acts as teachings of the prophet which is not true. Let’s not disappoint the prophet and let his mercy and compassion become a part of our life. Let’s continue to be a blessing to the universe. Amen

Dr. Mike Ghouse is committed to building cohesive societies and offers pluralistic solutions on issues of the day. His book, the “American Muslim Agenda” is available at Xlibris, Amazon, Google, Kindle, Barnes & Noble and other book stores. Mike is a public speaker, author, interfaith wedding officiant, a newsmaker and the executive director of the Center for Pluralism in Washington, DC. More about him at https://www.linkedin.com/in/mikeghouse/