There is no doubt people are on the left and right while most of them are in the center. What we need for the moderate majority to speak out and pull the groups from the extreme left and right, neither are viable or sustainable.

Mark Labberton said, “When evangelicals embrace an America-first nationalism, the gospel is co-opted and betrayed.” Keller says if the church is to recover its mission it has to stand for a gospel that transcends politics, meaning evangelicals must apply the teachings of Jesus across the Red and Blue divide.  He added, that evangelicals are cherry-picking Bible verses to support their preferred political leanings, which Notre Dame historian Mark Noll noted is “as American as apple pie.”

Just want to assure my Evangelical friends that Cherry picking scriptures is in all faith traditions except Catholics and Bahai’s at this time.

Church leaders wonder if evangelicals can recover from their identity crisis

I’ve just returned from a private gathering of about 50 evangelical leaders outside Chicago, where I had hoped for an answer to the question that drove my last column, “Should I divorce the evangelicals?”

The leaders, whom I joined at Wheaton College on Monday and Tuesday, head some of the movement’s prominent seminaries, colleges and churches, and represent a diverse group of evangelical institutions.

Their mission was not to bash President Donald Trump or draft a political platform Jesus might like.

Instead the discussion was full of prayer, repentance and painful conversations about how the church has aligned itself so closely with Trump that the gospel, once synonymous with good news, has lost its meaning.

I had hoped to find clear answers to the way forward in my own troubled union with the evangelical church. Instead, I heard church leaders question whether evangelicals can recover from their identity crisis.

“The floods have come,” said Labberton, “and revealed a foundation built on sand and not rock.” 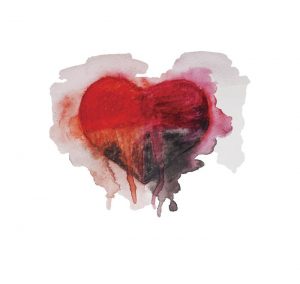 (Anastasia_Prish/Getty Images/iStockphoto)
One leader, whose work is in evangelical-Muslim relations, told us the very lives of Christian converts in Arab countries are at risk because of the church’s deep alliance with Donald Trump.

Some of the pastors of large congregations, black, Latino and white, say they are at a loss for how to address the distress exposed in their own congregants’ questions, the same ones that kept me awake at night leading up to the 2016 election. “Which would be worse?” I asked God. “To confess that by voting for Hillary I condoned abortion and the erosion of religious liberty? Or that by voting for Trump, I could make life worse for ‘the least of these,’ promote racism, and possibly trigger nuclear war with North Korea?”

But those are the wrong questions, said Presbyterian pastor Tim Keller, arguably the most influential voice in evangelicalism today. Keller, whose sermons play through my morning walks, has shaped my own world view and more than once steadied my wobbly faith.

Now he did it for the gathering, by bringing much needed focus and insight for the path forward.

Keller said the great scandal with evangelicals isn’t Donald Trump, but a church that’s imitating the culture rather than shaping it.

“When America started to come apart at the seams,” he said, “we did too.”

“We are being driven apart because there’s now a Red and a Blue evangelicalism,” Keller said.

He said evangelicals are cherry-picking Bible verses to support their preferred political leanings, which Notre Dame historian Mark Noll noted is “as American as apple pie.”

I’ve seen it in my own world, where family and friends mirror the caustic shouting war between Fox News and MSNBC.

“I knit you together in your mother’s womb!” STOP ABORTION NOW!

“Do not mistreat or oppress a foreigner.” SHOW MORE COMPASSION TO IMMIGRANTS!

Keller says if the church is to recover its mission as salt and light, it has to stand for a gospel that transcends politics, meaning evangelicals must apply the teachings of Jesus across the Red and Blue divide. Jesus cared about sexual morals and social justice, human life in the womb and out. Neither party, Keller said, has a monopoly on righteousness.

Harold Smith, president of the flagship evangelical publication Christianity Today, said, “We need a recovery of our first love.”

He was referring to Jesus, who in his final days rode triumphantly into Jerusalem to the cheers of the thousands counting on him to protect their interests and defeat the occupying Roman forces. Instead, Jesus shocked them all and died on a cross, ushering in, according to Christian belief, a new kingdom altogether. One he said should look the same “on earth as it is in heaven.”

Jesus offered clear instructions on what that kingdom should look like. Anyone who follows him, Jesus said, must love God with all their hearts, souls, and minds, and their neighbors as themselves.

I came to the Wheaton meeting wondering whether my marriage to the evangelicals could be saved. Could my church family ever love God and neighbors the way the Bible describes?

Before I left to return to Dallas, the gathering closed with a quip from Jim Wallis, president of the social justice group Sojourners: “We listened and we pondered these things in our hearts. And we’ve just wrapped up our first session of marital counseling.”

I’ve been to marriage counseling, and I know what it feels like to walk out of a session wondering, “Was this even worth it? I’m more frustrated than before.”

That’s where I stand today. I’m not ready to give up. I’ll give this a shot, hoping my church and I can reconcile our differences and return to our first love.

Peggy Wehmeyer is a writer in Dallas and a former news correspondent for WFAA and ABC News. She wrote this column for The Dallas Morning News. Email: peggywehmeyer1@gmail.com