The book will be released on Saturday, October 19th, at 5 PM in a reception at the Museum of Biblical Art in Dallas, Texas.  I will be in Dallas on Friday and hang out for a few days with my family. 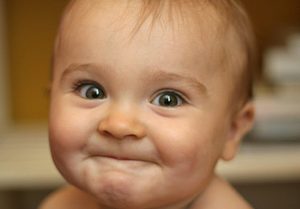 A Smile is a Philanthropy – Article by Mike Ghouse

Thanks to Bob Hopkins, publisher of the new book “Philanthropy Misunderstood” for including me in the 100 plus people who have worked with him, giving back to people and their causes.

Most of my work is on Pluralism in religion, politics, society, and culture – of course, religious freedom and human rights are a part of it.  Over the last 25 years, I have written over 3500 articles, and 250 plus are at Dallas Morning News, and about 125 at Huffington Post and the rest are published in over 300 newspapers in several languages.

Each article weaves through at least two, if not five religions, overall all, all the faith traditions are touched. Even in the following section, you will find a quote from Bhagavad Gita.

As a pluralist, I do not promote any religion over the other. However, being a Muslim, I share the values of Islam that contribute to the wellness of society. Indeed, for the first time in Islamic history, you will find twelve values abstracted from the Quran, that offer guidance to create cohesive communities. If you seriously study the Quran, you will find out that it is a manual for creating cohesive societies, and not for anyone in particular. There is a full chapter called ‘Quran is not for Muslims’ in the book, American Muslim Agenda, available at Amazon and the book stores.

A Smile is a Philanthropy

The two significant components of creation are life and matter. The matter was programmed to function and keep its balance but in order to seek its balance, life had an added layer of free.

Look at the planetary system. Every planet is programmed precisely to run its course and keep its balance. Absent the balance, the planet will go haywire, creating gigantic chaos in the universe.

The planets are set to move on a precise trajectory. When the earth tilts on its axis on the appointed hour, it does so on a set angle to bring about changes in the weather necessary for survival, and this has been a constant for millions of years.

Life, on the other hand, is not programmed. It was not put on a systematic trajectory, and each one of us is free to move and do things at our will. We have the ability to determine the balance of our bodies, minds, and souls by what we consume, how we interact with others and how we gather ourselves up.

In the Qur’an, Chapter 55, Verses 8-11, God describes this order of things and concludes that He has created everything in balance and harmony and that the role of humans is to work to preserve that balance for their survival.

Philanthropy is an effort to restore harmony in society in order to achieve enduring peace and happiness in the community. Any attempt by anyone to regain balance may be called philanthropy.

Chief Seattle, a Native American, said this correctly: “All things are connected. Whatever befalls the earth befalls the sons of the earth. The man did not weave the web of life; he is merely a strand in it. Whatever he does to the web, he does it to himself.”

The Qur’an in Verse 30:38 advises us to pay our dues to our near of kin, as well as to the needy and the wayfarer. This is the best guidance for all who seek God’s countenance (accountability): For it is they who shall attain to a happy state!

One cannot remain unaffected when fellow humans are suffering, and each one of us is endowed with the desire to share what we have with others to minimize their suffering. This restores harmony in society and is a broader definition of philanthropy.

Islam offers many opportunities for those who have much, to mitigate their guilt and obligation to those who are vulnerable. It recognizes the fact that every man and woman who is invincible today becomes susceptible to accidents, age or loss from natural disasters. A tax of 2.5 percent on one’s wealth (not income) is levied, which goes to a pool of funds for the express purpose of taking care of the ones in ditches. It is called Zakat and it is obligatory for Muslims. The second version is called Sadaqa and it is purely optional with no limits on giving.

Once the Prophet Muhammad’s associates asked him, “If we don’t have money to give to the needy, how can we help them?”

The Prophet said, “Do you have a shirt to spare?”

The associates then asked, “If we don’t have that, what shall we do?”

He said, “Share whatever little food you have with the hungry neighbor.”

Finally, the question came, “What if we don’t have anything to give?”

The prophet smiled and said, “Offering a smile to a person in despair gives him hope.”

That is something everyone can do, and that is philanthropy. Each one of you is a philanthropist if you are willing to restore dignity to fellow humans for no financial gain. The Hindu holy book Bhagavad Gita says, do good things as your duty; it gives you serene happiness. However, if you do it for a reward, disappointment may be in store for you.

In real life stories and in movies we find happiness and relief when families are reunited, a dog is rescued or justice is served to another human. We always respond positively to goodness.