I WAS AN ATHEIST

As an Atheist for nearly 30 years of my life,  I was critical of Islam, God and the Prophet. I’m glad I was an Atheist, it caused me to start seeing Islam as a religion committed to creating cohesive societies where every human can live his or her life securely and to the fullest extent.

Muslims should welcome criticism, it will make them learn their religion better, the same goes for the followers of any faith. I have a strong reason to be a Muslim now rather than live in blind faith. I have found the wisdom in it.

It’s not just Islam, I had difficulty with the manufactured God, Holiness of holy books, prophets, messengers and Godmen. I did not spare any religion! Criticism was good, it opened the doors for me to find the truth, whereas attacking a religion, culture or society would have been an act of a closed mind. 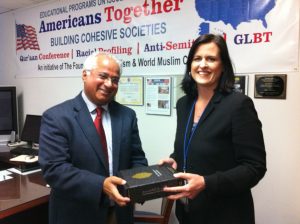 Despite the criticism no one has disappeared from the scene. One day flipping thru the pages of Bhagavad Gita, I came across a message “Finding the truth is your own responsibility.” That propelled me to find the truth…. It meant rejecting whatever the practitioners of faith had dished out, or presented it as true religion.

Religion is a system that is invariably designed to build cohesive societies, where an individual can feel secure and live in harmony with others. A few people get that message right, and to most people it works, however a few don’t get their religion right – and they are a part of every religion without exception – for every Muslim ass, I can find you a Jewish, Christian, Hindu, Buddhist and other ass. Don’t laugh at others, as there are enough people to laugh at you.

Religion in itself is not bad or good, as it offers choices and guidance. It is like the nuclear power, which in the right hands is beneficial to the society, but in the wrong hands it is destructive.

However, I have gained tremendous respect for the values all religions represent. Quran and Islam suited me because they offer guidance to build cohesive societies by respecting the otherness of others. Islam is not what you have learned through television, ISIS, your parents, teachers or Talibans… just like Hinduism is not what a few Hindus like Hindutvadis represent, or Christianity is not what KKK or a few evangelicals represent. All religions are beautiful system to create harmony within and individual and with others.

I chose to become a Muslim in late 90’s – not because it was superior, but because it’s teachings contributed towards creating cohesive societies. No religion is superior or inferior; it is what you make of it. People are good, bad and ugly in a given moment, and in each segment you’ll find people of your faith in it without exception.

Melissa Cutler of NBC did a story on me several years ago, and I presented her a copy of (nearly) good translation of Quran by Muhammad Asad. If you want to remove ill-will from your heart and become a clean person, read the right books, because there are bad books too. A clean heart is a joy to live with.