First, let’s get the position of American Muslims out of the way.As Muslims, they uphold, protect, defend and celebrate the values enshrined in our constitution. Their faith reinforces the idea of one nation with liberty and justice for all.

Lastly, the Center for Pluralism is committed to bring knowledge to Americans to allay their fears about Sharia. A series of articles will be published in the newspapers, or at least our websitewww.CenterforPluralism.com and Dr. Ghouse will be available to discuss Sharia. 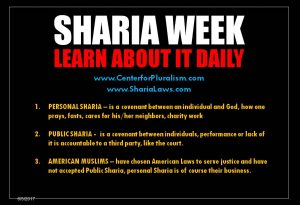 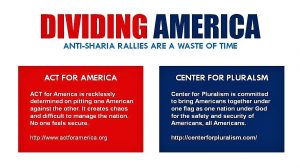 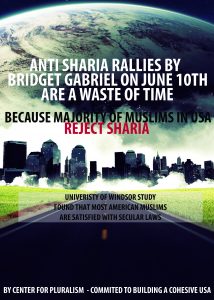