The Conference of Presidents of Major American Jewish Organizations, an umbrella organization that represents over 50 US Jewish organizations, held an event in New York honoring Muslims who protected Jews during the Holocaust. 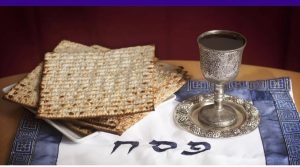 The featured guest was Mohammad al-Issa, the secretary general of the Saudi-based Muslim World League, who discussed the state of Jewish-Muslim relations and highlighted the importance of Holocaust education in the Muslim world.

“We must overcome the hurdle that has been put in our way, trying to prevent us from helping others. We must follow the seeds that our forefathers have sown and try to serve peace the best way possible,” al-Issa said at the event last Thursday, held in cooperation with the American Sephardi Federation.

In January, al-Issa wrote a letter to the US Holocaust Memorial Museum in which he publicly acknowledged the tragedy of the Holocaust, “an incident that shook humanity to the core, and created an event whose horrors could not be denied or underrated by any fair-minded or peace-loving person.” He also asserted that “true Islam” opposed the Nazi genocide.

The Executive Vice Chairman/CEO of the Conference of Presidents said: “in the presence of many leaders of the American Jewish and Muslim communities, Dr. Al-Issa joined us as we commemorated and paid tribute to the immensely important, but too little known, acts of human decency and kindness of people in many majority Muslim countries during the Holocaust that enabled Jews to survive the horrors of the Nazi drive to exterminate them.”

The Conference of Presidents also honored Laziza Dalil, the Vice President and a Co-Founder of the Moroccan-based Muslim student movement, Association Mimouna, which promotes Jewish heritage in Morocco and Muslim-Jewish dialogue.

However, they actually couldn’t because they had emptied their homes of all ordinary flour so there was nothing to bake with, and that is when their Muslim neighbors came in.

Thanks to their Muslim neighbors, Jews living in Muslim countries from Morocco in the west, to Iran in the east, were able to celebrate their annual Passover liberation from Pharaoh’s bondage, not only spiritually but also physically, according to the religious principle that the celebration should ‘begin with the darkness of oppression and end with the light of freedom and independence”.

To understand this statement, Muslims should know that during the week of Passover (the Feast of Unleavened Bread; celebrated by Reform Jews worldwide plus all Jews in the Land of Israel for 7 days, and by Orthodox Jews outside of Israel for 8 days) the Torah declares no leaven grain products (of wheat, barley, oats, rye etc.) should be found in Jewish homes:

“Seven days you shall eat unleavened bread, on the first day remove (all) leaven from your houses; for whoever eats anything leavened from the first day until the seventh day, that person shall be cut off from The People of Israel. On the first day, you shall have a holy assembly, and another holy assembly on the seventh day; no work at all shall be done on them, except (for) what must be eaten by every person, that alone may be prepared by you. You shall observe the Feast of Unleavened Bread, for on this day I brought your multitudes out of the land of Egypt; so observe this day throughout your generations as a permanent ordinance.” (Exodus 12:15-20)

So how does each Jewish household get rid of all their bags of grain before the first day, and from where do they get bags of grain to start eating after the last day of Passover?

One can burn the bags of grain, but that is wasteful, or you can give it to your non-Jewish neighbors, and get it back after Passover is over: provided you trust your neighbors not to allow the grain to become polluted and impure. In Christian countries, with their long history of persecuting Jews, this solution was not done.

In Muslim countries, however, Jews trusted their Muslim neighbors who also carefully observed halal dietary laws of purity, and this is how a new Jewish holiday developed in North Africa.

Most older North African Jews remember the age-old Mimouna tradition of Arab Muslim neighbors bringing flour to their homes, so mothers and grandmothers could make baked goods. Often, this was the same bags of flour that Jews had given to their Muslim neighbors a day prior to the start of Passover, so Jews could rid their homes of leavened flour prior to Passover.

When, after the end of Passover, Muslims came to Jewish homes to return the flour, they were always invited to stay for a few hours and enjoy the soon to be baked goodies.

Thus, Jewish homes were filled with neighbors, friends, and family exchanging traditional Arabic blessings of good luck and success while awaiting the laden trays of delicious Mimouna baked goods. The celebration often was repeated the next day with even more pastry and joy.

It would be a major mistake to judge from the Palestinian-Israeli political conflict in the 20th century that Jewish-Muslim relations have usually been poor. The opposite is true.

Prior to the rise of secular, political, nationalism in the 19th century, and the rise of politicized religion within Judaism and Islam in the 20th century, Jewish-Muslim relations were usually characterized by neighborliness and amity as the North African Jewish celebration of Mimouna shows.

The Association Mimouna Co-Founder told the crowd of her group’s devotion to preserving Jewish heritage in Morocco and also announced the publication of the first Holocaust education curriculum for students in Morocco.

Click here for Rabbi Maller’s website. His new book ‘Judaism and Islam as Synergistic Monotheisms: A Reform Rabbi’s Reflections on the Profound Connectedness of Islam and Judaism’ (a collection of 31 articles by Rabbi Maller previously published by Islamic websites) is now for sale ($15) on Amazon and More books.