Those of you who are concerned about religious and political freedom across the world may find a little relief knowing that people are out there volunteering their time and effort in preserving those freedoms. The more you hear the problems be it in Russia, Venezuela, Iran or India – they are the same in a different guise – the dominant group wants subjugation of the smaller groups. Most countries fall into this category and all religious leaders do the same, although their religion does not teach them to be, they live with a false sense of security of making other’s lives insecure.

That is the reason we deliberated at the Center for Pluralism to express the right words and consciously used the words of inclusion. At least 50 men and women of all religious and political traditions have part-taken in producing our mini-brochure.

You may like this paragraph,”We also need to reassure each other, particularly those who may be troubled by the changing paradigms and demographics of the society that we are committed to safeguarding the American way of life. As Americans, we are dedicated to upholding, protecting, defending and celebrating the values of liberty and freedom enshrined in our Constitution.” You can substitute America with your own nation and it works.

The Committee on Religious Liberty meets once in three months at the Religious Freedom Center at the Newseum in Washington, a Landmark building in DC. About 75 individuals from around the US representing different organizations join the meeting to discuss the liberty issues, and I wish more people participate. There was a good discussion about civil dialogue and about Ambassador Sam Brownback, and I am glad I met him twice before and am familiar with his stance, so I strongly defended his approach. He is an Evangelical no doubt, but he is for the religious freedom of all people. I have dedicated an article to him because of that. https://centerforpluralism.com/quran-and-civil-dialogue/

Please note I am sharing stuff that I was engaged in, as I can write it accurately. There were great contributions made by the members present. 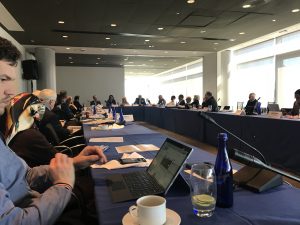 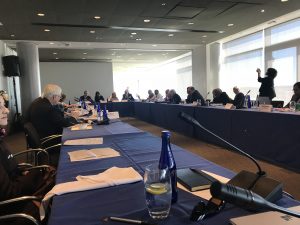 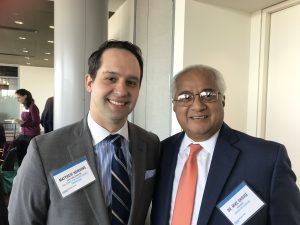 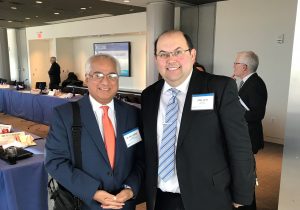 The second part of the day was a discussion about Turkey – obviously, I raised three questions – Would Turkey have gone this route if the European Union had not excluded her from the Union – Glad Dr. Katrina Lantos Swett talked about it extensively and we were on the same page. The second question was to Dr. Alp Aslandogan – if the coup in July 2015 was staged? I think he gave a politically correct response, maybe and maybe not. I talked with my other friends, they seem to think it was staged by President Erdogan, and I had prefaced that Indian regime does something now called Fake Encounters where they set up the conflict and arrest the youth. Finally, the question went to Sevji Akarcesme – Was there Russian Meddling in Turkish Elections?

India is not there where Turkey is now, but moving in that direction, and the pattern with Trump, Modi, Erdogan, and Netanyahu have a lot of parallels, looks like they are all admirers and followers of Putin who don’t believe in Democracy. She is an exiled journalist and said, Erdogan may not have followed Russia, but inherently his anti-Democracy, even though such system brought his to his current position. Turkey has the highest number of journalists in prison.

Erdogan’s popularity among Muslims is limited to his base, every leader has a base who love their strong man without a single question. Charles Haynes, president of Freedom Center aptly puts it – there is a tendency in the world to admire strong men. Akerceshme made a point to that she appreciated the bluntness with which I made the statement that Erdogan is liked only because he made one stupid statement– he challenged Israel! they loved him as if that would put food on their table or justice will be served to the Palestinians. I hope someone writes on the duplicity of men like Erdogan, Trump, Modi, and Netanyahu, it is all about controlling others. Let people not put them on the pedestal on their falsities.

Malaysia is continuing her struggle with the majority of Muslims who believe in freedom of faith and the tiny, but the vocal minority that believes in compelling and forcing Sharia on others. We all have to speak out against it in general, but Muslims in particular. I have written on three such flagrant violations – Lena Joy, opposition to using the name of God as Allah by Sikhs, Christians and Bahai’s of Malaysia, a bull’s head placed at the door of a Hindu Temple. All can be accessed on Google search with my name next to it.

You will find creeps in every religion and every nation without exception, we just have to figure how to bring them into the fold so they can enjoy the freedoms that we do. When you are hateful or angry, you cannot be free.

Mathew Hawkins is working on the current issue the Christians in Malaysia are facing, and I will assist him from an Islamic angle. Anyone who has more knowledge of the case is welcome to participate.