What is a cohesive America?  It is an American where every American does his or her share of work in creating an environment where no one will live in apprehension or fear of the other. 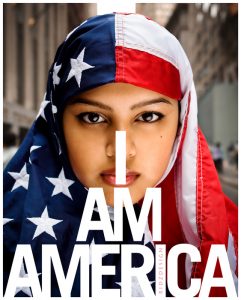 I have spoken to many Imams across America, they all have the intense desire to speak about, “One Nation under God” and continue to strengthen the American values in their sermons on Eid Al-Fitr, the festival celebrating month long fasting on Sunday, June 25, 2017.

The American Muslims, Muslim leaders and Imams of America are committed to achieve a singular goal; to be one with all – E pluribus unum. The pledge resonates with their inner selves!  When they recite, “I pledge allegiance to the Flag of the United States of America, and to the Republic for which it stands, one Nation under God, indivisible, with liberty and justice for all.” It moves Muslims, it is emotional to them.

The idea of “One nation under God” is a basic principle in Islam. When God says (Quran 49:13) that he has created us all from one couple, and that he chose to place us in different nations, religions, races and other uniqueness.  It means we are one nation under God. None is more privileged than the other except for his or her deeds.

1. To fly the American Flag where ever possible, it represents our dreams, hopes, aspiration and security. This is our home and this is where we will be respectfully buried for eternity.

2. To thank the men and women in blue for risking their lives for our safety while we are praying in public spaces.  Stop by every police officer, Firemen and women, men in Armed Services,  and say, ” We thank you for your service.” 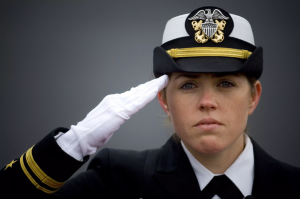 The idea behind this special sermon is to encourage Muslims to reach out and build relationships with fellow Americans and create cohesive societies where harmony and peace prevail. Indeed, that is the simplest purpose of Islam.  Islam is not about governance, ruling others, imposing your values on others, Islam is about learning to live in harmony with oneself and with others.  Islam is about freedom.

Verse 49:13 further suggests that given that uniqueness of belonging to different nations, races and tribes, conflicts are bound to happen, and then God says, the best ones among you are those who take the time to learn about each other, and respect the otherness of others (109:6).  When we learn about each other distrust evaporates, conflicts fade and solutions emerge.

The Prophet Muhammad (pbuh) was committed to peaceful societies and he knew one cannot build peace in a vacuum, one must earn the trust of the society, one must be truthful, reliable, and trustworthy and one around whom others must feel safe and secure. The Prophet lived his life by example and earned the title of Amin from Jewish, Christian, Pagan and other tribes.

Muslims were blessed with this model of Amin, and are working on resurrecting that model to encourage individuals to earn the respect and trust of fellow Americans.

WHAT DOES IT TAKE TO BE AMIN?

We must understand Islam in its full glory. We recite that God is Rabbul Aalameen, (Creator of the Universe) and Prophet Muhammad is Rahmatul Aalameen (a mercy to mankind) and that makes us a human for the goodness of all humans.

Simply put, a Muslim is someone who embraces the whole humanity, someone who drops all racial, religious, ethnic and other barriers and respects the otherness of others.

God has created everything in balance and harmony, and says the best ones among you are those who preserve that harmony by knowing and removing the myths about each other (Quran 55:5-11).

We must build a secure America for each one of us and I am pleased to share the comments from within the diversity Muslims.

Fitrah Muhammad of Masjid Muhammad, “It is our collective work, good spirit, empathy and faith that gives strength. We need each other as G-d has intended and created us to work together to save our souls and seek life liberty and happiness in this life as we secure our place in the next life IA.”

Rehan Dawer of Ethica Alliance share this wisdom, “The utterance (speech) of all the prophets shows that the relationship between the call-giver and his addressees is not that of a rival or a competitor.  It has always been a relationship of well-wishing and trust building. No matter how rude or unpleasant the behavior of the people, the prophets/messengers always remained their well-wishers till the last moment.  They delivered the message with a feeling that the message belongs to all people and that he is holding it in trust for them, and that, by delivering it properly, he is relieving himself of a great responsibility.  In their footsteps, our utterance (speech) should reflect the same sense of responsibility and well-wishing towards all people, encouraging harmony and calling people to remove harm and replace with good.”

Nadia Hassan of Young Leaders Institute comments, “As a proud American Muslim woman, I’ve built my safety net with the infinite love that I have in my heart for my fellow Americans and for humanity, at large!

Dr. Humaira Ali, a Medical volunteer, “We Muslims are hardworking, honest  Americans, Who are doctors and drivers , teachers and technologists, lawyers and law makers, engineers and electricians. We are Americans,  we are also Muslims and proud to be so. When we are tax payers, competent, confident  and compassionate individuals serving our families and communities and our beautiful country, we have nothing to fear.”

The recent tragedies with Muslims in Washington DC are including the brutal murder of Nabra makes all of us Americans to work hard in building a cohesive America.  We need to focus on prevention and solutions and let the police determine if it’s hate crime or road rage. Let’s not speculate and frighten our sisters any more.

We thank our Imams for standing up to do the right thing, when we asked them to pray for the Christians, Shia and Yazidi women who were persecuted, harassed, maimed, raped and killed by Daesh – our Imams prayed for them in Friday mass.  We are pleased to work with them in bringing safety and security to America.

WHY SHOULD YOU DONATE

CFP – i.e., Center for Pluralism  is not talk-talk, but just do it kind of organization. Instead of  frightening fellow Muslims or fellow Americans and asking for donations, we take solid positive step to bring the change and seek your donations to continue the work we do. You have to visit the site and explore and be a part of it as a volunteer, on the board or advisory or simply a donor.  There is a lot more positive work we will add on the ground.   You can send the check to Center for Pluralism, PO BOX 1490, WASHINGTON, DC  20013 – or you can donate on line at https://www.paypal.me/AmericansTogether