At one time I considered Dalai Lama to be a truly a God’s man – meaning he looked all the creation to be his beloved creation., he did not differentiate between one human and the other. I thought he was a pluralist, that is one who respects the otherness of the other and believes we are all one large family as eloquently mentioned in all religions. Years of reading about him had made me drop him like a hot potato a few years back. Here is Page 143 from the book American Muslim Agenda – a book about building cohesive societies. 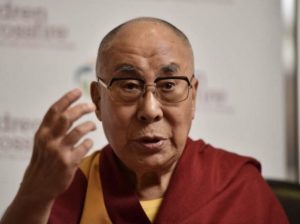 Here is an excerpt from Page 143 of the book American Muslim Agenda, written six months ago before the Dalai Lama’s blunder.

“It does not matter to me if you believe in one god, two Gods, many Gods, or no God. But if you think you are accountable to someone or the other, your behavior toward fellow beings will change in creating a peaceful world. That someone or the other could be your conscience or God. I must acknowledge here that as of today, among all the living humans whom I know in the whole wide world, Pope Francis is one of the most inclusive of all human beings. He is indeed a God’s man, and he has an inclusive vision. Like Jesus, he has embraced all humanity without discrimination. I have written an article calling him my Imam. I was looking up at Dalai Lama and Sri Sri Ravi Shankar; both have failed miserably with their built-in prejudices against fellow humans. A man of God cannot be prejudiced and he or she is above the fray. The following Islamic value is for those who want to understand the oneness of God, that is, tawhid in the Quran. By the way, the Baha’i tradition has the most convincing explanations about tawhid. I learned about it, explaining to my radio audiences when the Baha’i representative could not make it to my radio show.

How Does Tawhid Affect Our Attitude and Contribute to Building Cohesive Societies? “References – 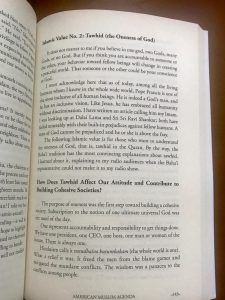 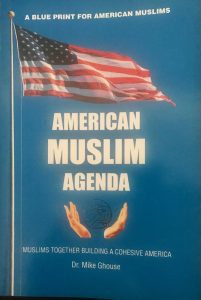 In a speech last year he said that refugees to the European Union should ultimately return home, adding that “Europe is for Europeans”, a statement he stood by when I challenged him on it.
“European countries should take these refugees and give them education and training, and the aim is to return to their own land with certain skills,” he said.
“A limited number is OK, but the whole of Europe [will] eventually become a Muslim country, African country – impossible,” he said. A controversial viewpoint, and a reminder that while the Dalai Lama is a spiritual figurehead he is also a politician with views and opinions like everyone else.
In another surprise, he reaffirmed his belief that beauty matters as much as brains. “If a female Dalai Lama comes, she should be more attractive,” he told me while laughing.

The Dalai Lama on Trump, women and going home

We still have God’s men on the earth – my favorite Godman is Pope Francis and I wrote an article calling Pope Francis as my Imam.