When you work with people of different faiths, ethnicities, cultures, and races, you are bound to encounter conflicts; both real and perceived. The battles may be overt or subtle, but they cause tensions and start pitting one against the other. They get entangled in these gratuitous battles instead of enjoying their lives and being productive to the company, government or the community they serve.

Our goal at the Center for Pluralism is to bust the myths and pave the way for tension-free living and work environment. We hope you walk out of the seminar respecting the otherness of other and accepting the God given the uniqueness of each other resulting in fewer conflicts and plenty of goodwill, peace, and harmony, and above all else, free yourselves to enjoy your time with your family.

The myths and stereotyping have persisted because very few have done anything to change it. It is time we put all the cards on the table and deal with the issue – at least a few American Hindus and American Muslims.

What: Busting Myths about Hinduism and Islam
Date: Saturday, October 6, 2018
Time: 2 to 5:00 PM
Speakers: TBD
Program Sponsors: You are invited to be a sponsor.

What we need now: Please boldly share the myths you hear about Hindus and Muslims for the seminar in October, and other faiths in November. We will compile a list and discuss the issues in a televised workshop.
Send to info@Centerforpluralism.com

This seminar deals with myths formed about each other, and the attitude of ‘problem is always with the other and not us,’ keeps us mired in trivialities. Sadly, the idea has been pounded in by the parents, siblings, family members, teachers (religious and civic) and bloody politicians. They are indeed poisoning us in doses, and it is time to free ourselves from such misery. 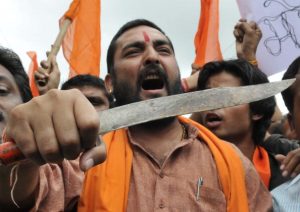 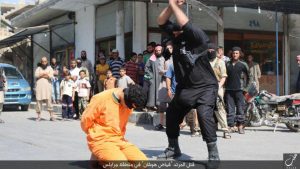 Our goal is to bust the myths and pave the way for tension-free living. We hope you walk out of the seminar respecting the otherness of other and accepting the God given the uniqueness of each other resulting in fewer conflicts and plenty of goodwill, peace, and harmony.

Even though a few adults may fake things are hunky-dory, deep down, they have problems working with the others, due to the bias injected into them about the other. Indeed, they are loaded with ill-will, revenge, and relentlessly waiting for an opportunity to pull the other down. It must be painful to live like that.

Join us for the seminar, it is the first step in finding freedom from all the ills. When you don’t have to have the daily under-the-radar battles, cold wars or the subtle jibes. You can enjoy the freedom, which will pave the way for a meaningful relationship with your family, friends, co-workers, and others. Do we need to be free from these entanglements?
We have tackled over two dozen national conflicts over the years, it is a process of learning to deal with the issues.

Just in the last two months, we have held two seminars at the Capitol Hill “Do the religious scriptures contribute to harmony or add to the conflicts in a society?” A Rabbi, Imam, Pundit and a Pastor discussed their respective scriptures. VIDEO: https://youtu.be/KNsJjHQf3Cw

Last week we held a “Saudi-American relationship, everything you wanted to know about the relationship – Covered by C-Span. VIDEO – https://www.c-span.org/video/?449909-1/us-saudi-arabia-relations

In the month of November, CFP will organize a dinner event busting myths about ten different faiths to bring freedom to individuals to develop an attitude of living his/her life and also letting others live theirs. The program will be broadcasted live.

Years ago, in a meeting at the DFW Hindu Temple, a friend questioned me if Hindus were allowed in a Mosque – my response was, it is God’s place, and all are welcome. However, a few fanatic Muslims have difficulty permitting a non-Muslim’s entry into a Mosque, just like there are Hindu Temples where non-Hindus are not allowed, and if by mistake someone other than the upper caste Hindu walks in, they go out of the way to consecrate the temple and wash it seven times.

A majority of the Hindu Temples and Mosques in the United States welcome the others to visit their place of worship. There are guidelines one needs to follow – you don’t go in either place with your footwear, you take the shoes off, and no one wears mini-skirts in the mosque or the temple. In the mosque men and women are required to wear a full-length dress and cover their head as a sign of humility.

Right now our fellow humans in India are living in tension and tearing that nation apart. Even here in the United States, at a Shiva temple, this month, a program was canceled because the fanatics among Hindus did not want the singer to sing hymns about Christ or Allah, and their argument was Mosques and Churches don’t reciprocate, which is false. Some of the best Hindu devotional songs are written, composed and sung by Muslims and Christians and vice-versa. Of course, the fanatics among Muslims have the same attitude. We the civil society has a responsiblity to build cohesive societies.

You and I must open up the hearts and minds of those who live in tensions and suffer miserably with ill-will. America is a great nation, so is India and we must preserve the goodness. Remember evil exists not because of sick people, but because good people do nothing about it. Let’s start doing good.

Each religion is as legitimate as yours and does what it is supposed to do to make you a better human, and every religion is dear to its follower regardless of what others say. The Center for Pluralism hopes to find freedom and restore the integrity in each one of us by learning to respect the “otherness” of others.

If you are interested in attending, volunteering, designing and sponsoring, please send an email with your interest to Mike@CenterforPluralism.com.

Dr. Mike Ghouse has spoken about the need for Pluralism and how the pluralistic attitudes make a difference in our daily lives; be it in religion, politics, society, cuisine, and workplace with examples.

Pluralism frees us from under-the-radar discomfort in working with people who are different in faith, cultures, race, and ethnicity. An example of Pluralism in Cuisine and its benefit to the business and individuals was explained. Pluralism is merely developing an attitude of respecting the “otherness” of others. It is not a mish-mash, nor is it yielding to the Other, it is just learning to accept the uniqueness of each person.

Dr. Ghouse of the Center for Pluralism believes in Mother Teresa’s wisdom, “If you want to make peace with your enemies or perceived enemies,” she says, “go talk with them.” Talking among buddies won’t change the equation. Dr. Ghouse cleared up how he works; he carries a conversation with people on the extreme right, left and the center. He has been on Sean Hannity show at Fox News for 110 times. These encounters should not mean that he or the Center For Pluralism (CFP ) subscribe or agrees with the views of the people they interact. This situation lends an opportunity to share essential perspectives about pluralism.

Our dream is to make the Center for Pluralism a significant player in shaping America’s future. Each one of us should feel secure about our faith, culture, cuisine, race, ethnicity, gender and origins. We have the programs in place to accomplish this mission.

Please visit the Center for Pluralism and see the thing’s we do to build a cohesive America. An American where no one has to live in apprehension or fear of the other. You are invited to be a supporter, volunteer, and a donor.

The Center for Pluralism holds workshops, seminars, lectures and series of dialogue on Pluralism in religion, politics, society, culture, and business.

Mike is a community consultant, social scientist, thinker, writer, newsmaker, and a speaker on Pluralism in politics, religion, society and the workplace. He also officiates interfaith weddings.

Ghouse has appeared in over 300 TV shows and is a frequent guest on Hannity, and Varney shows at Fox News along with others. He has over 1000 hours of Radio Shows of which 700 were dedicated to interfaith and pluralism. Over 3600 articles have been published on the subjects. Mike has conducted several workshops on religions from Atheism to Zoroastrianism and everyone in between.

Pluralism is an attitude of “Respecting the otherness of others” and “accepting the God-given the uniqueness of each one of us.” You are who you are, and I am who I am, neither one of us has to compromise the uniqueness of our faith, race, culture, nationality, and language. Our purpose is to acknowledge the differences and live with the least conflicts.

What do we do at the Center for Pluralism
https://centerforpluralism.com/what-do-we-do-at-center-for-pluralism/ ;

Without your donations, we cannot do anything.
Please donate at www.Centerforpluralism.com/Donate